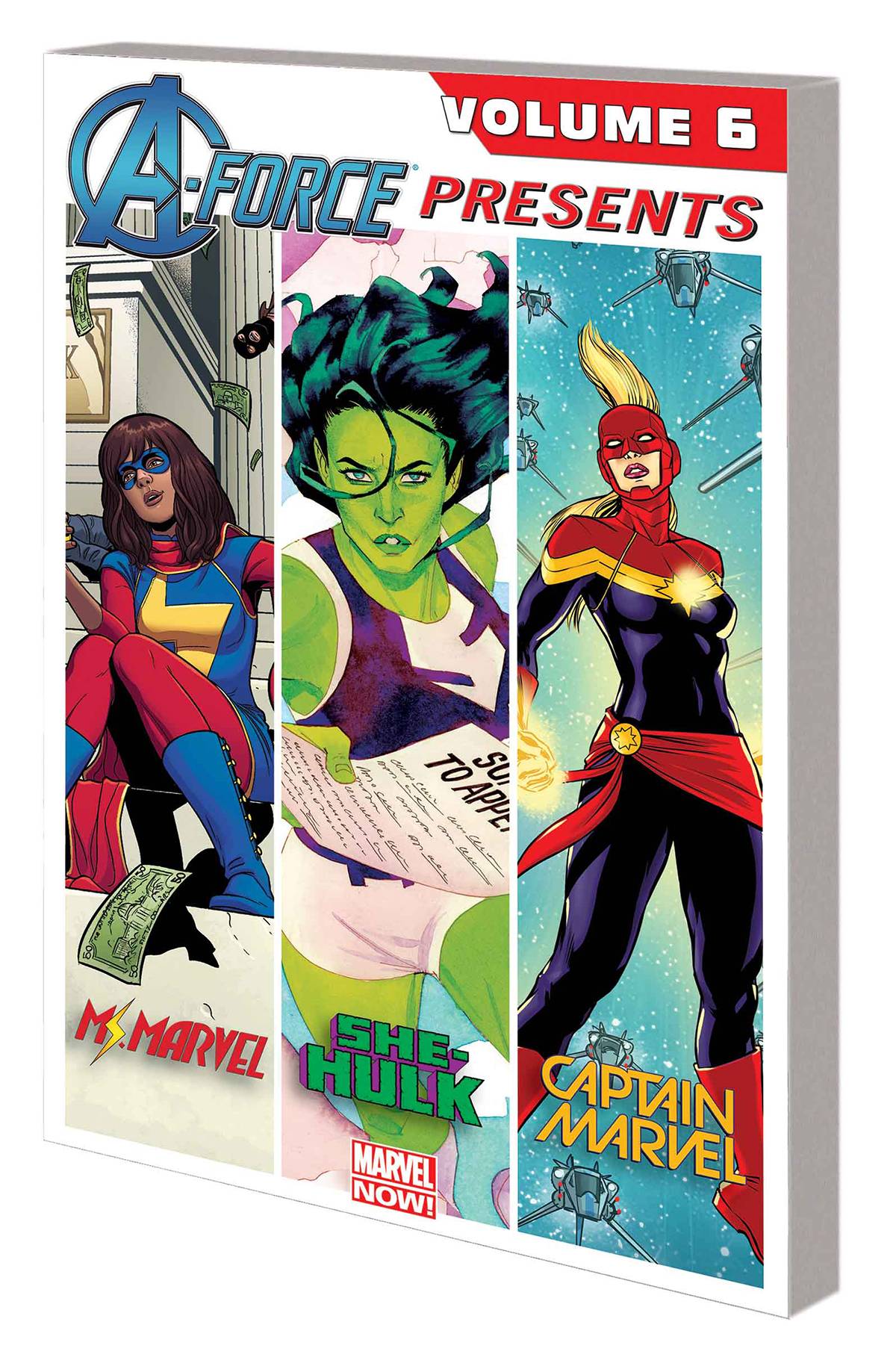 #
JUN160981
(W) Various (A) Various (CA) Jamie McKelvie, Kevin Wada, David Lopez
Marvel's most awesome heroes continue their adventures! Black Widow's strength and cunning will be tested to their limits as she takes on a mission too dangerous for S.H.I.E.L.D.! Let battle commence as Captain Marvel wades into an interplanetary turf war! Ms. Marvel checks off another super hero rite of passage: a team-up with Wolverine! As the mysterious Blue File turns friend into foe, who can She-Hulk trust? The Odinson continues to narrow down the possible answer to the question on everyone's lips: Who is the new Thor? And Squirrel Girl meets Girl Squirrel - and also a hippo! Grade A excitement, guaranteed! Collecting BLACK WIDOW (2014) #6, CAPTAIN MARVEL (2014) #6, MS. MARVEL (2014) #6, SHE-HULK (2014) #6, THOR (2014) #6 and UNBEATABLE SQUIRREL GIRL (2015A) #6.
Rated T+
In Shops: Aug 31, 2016
SRP: $14.99
View All Items In This Series
ORDER WISH LIST