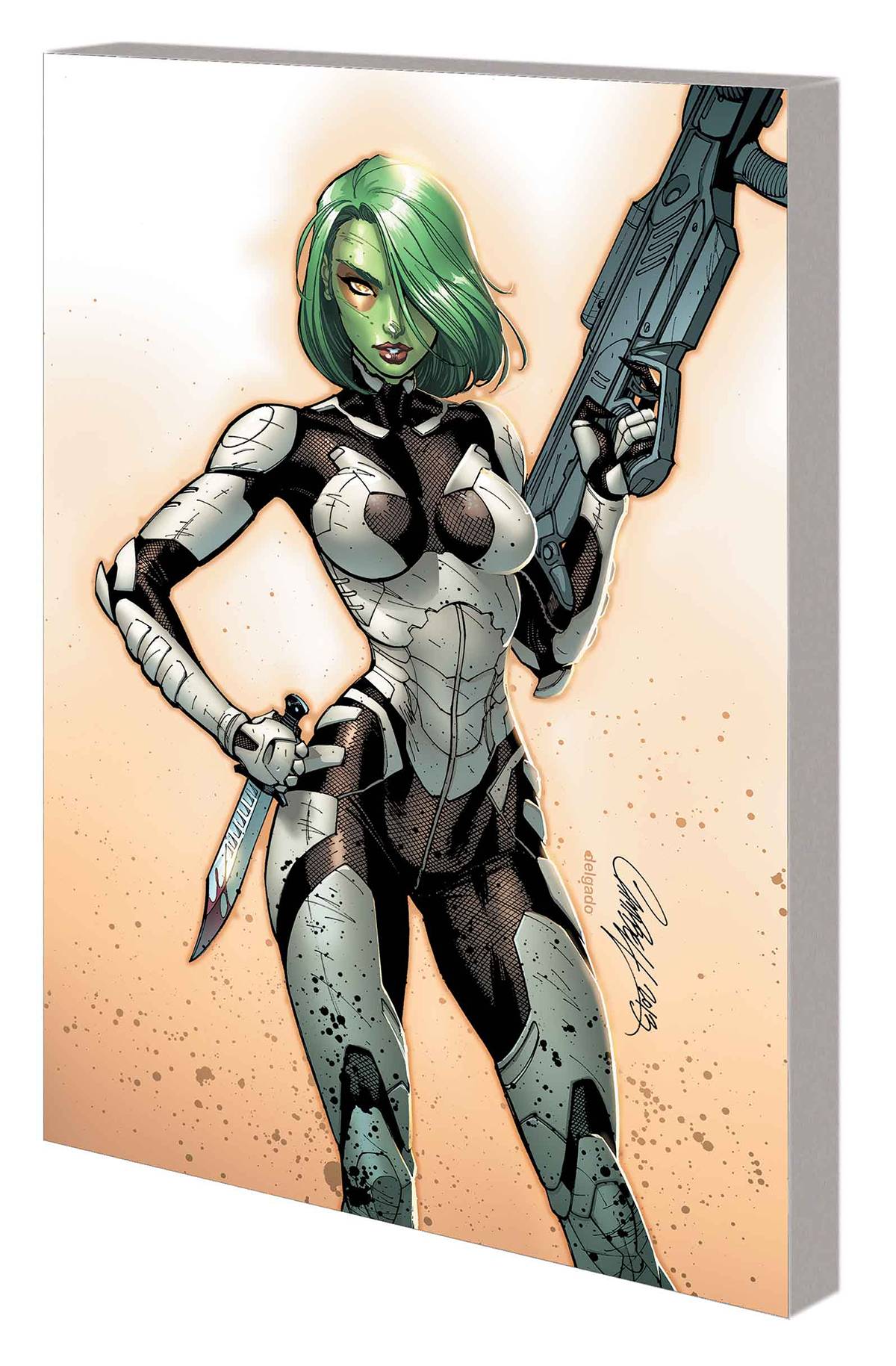 #
JUN160976
(W) Jim Starlin (A) Jim Starlin (CA) J. Scott Campbell
Everyone knows she's the deadliest woman in the galaxy - now find out how Gamora earned that reputation! From the strange tale of her first encounter with Pip the Troll, follow Gamora through her early adventures at the side of Adam Warlock. Learn why she was raised by Thanos to take on Adam's dark side, the Magus! Then join Gamora, Warlock, Captain Marvel, Spider-Man, the Thing and the Avengers in one of the greatest cosmic epics of all time, waging war on the Mad Titan himself! It's a saga of secrets and sacrifice that shows exactly why Gamora was destined to one day guard the Galaxy! Collecting STRANGE TALES (1951) #180-181; WARLOCK (1972) #9-11 and #15; AVENGERS ANNUAL #7; and MARVEL TWO-IN-ONE ANNUAL #2..
Rated T
In Shops: Sep 21, 2016
SRP: $19.99
ORDER WISH LIST