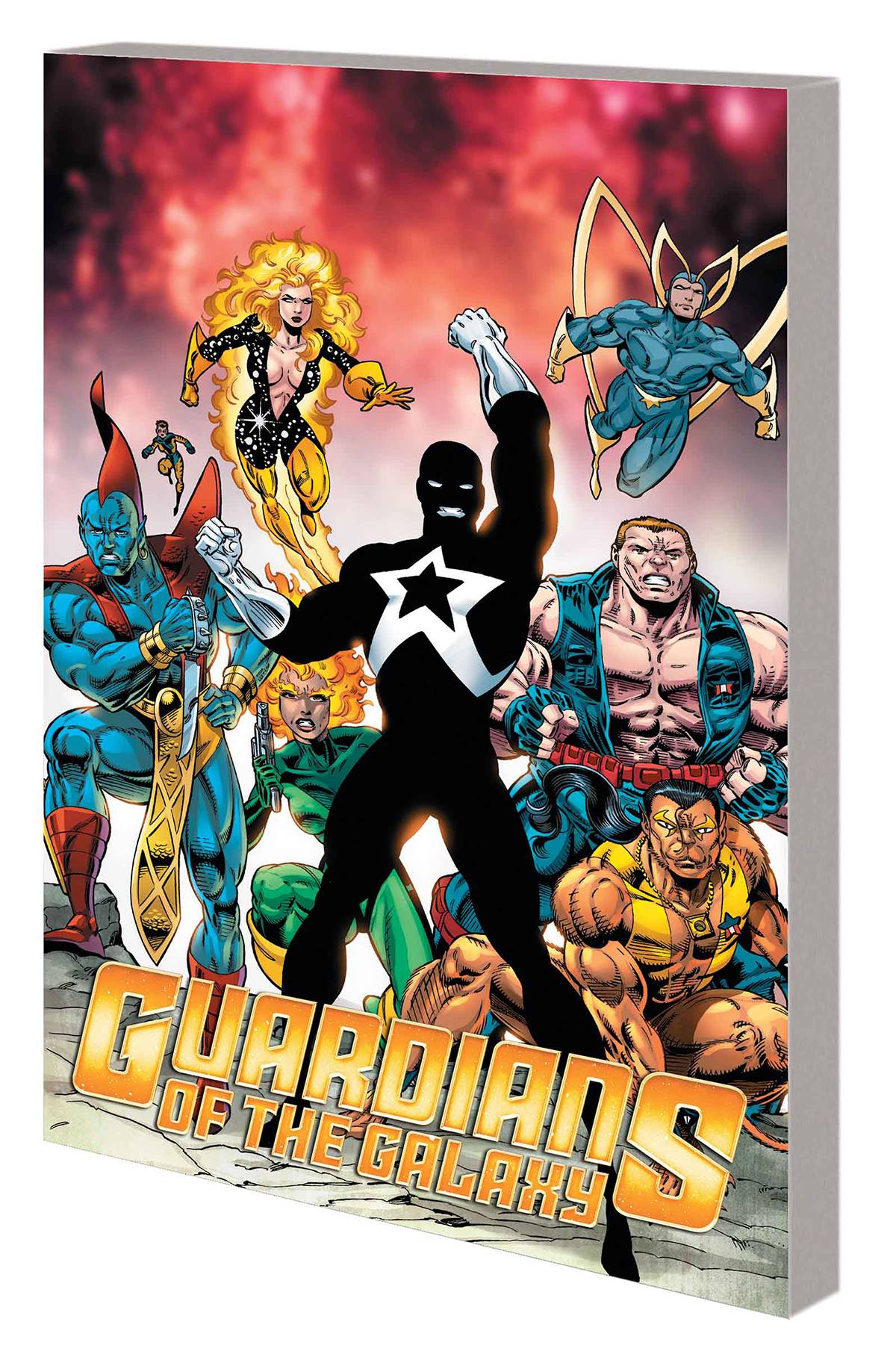 #
JUN160974
(W) Michael Gallagher (A) Various (CA) Kevin West
Guarding the Galaxy of the 31st century are Major Victory, Charlie-27, Starhawk, Nikki, Yellowjacket and Talon! But can even this formidable team handle Composite, the deadliest Inhuman of all? A thousand years down the line, it's reassuring to know that some things in the Marvel Universe remain familiar - like the God of Mischief, Loki, vying to rule Asgard! But who wields Mjolnir in the far future? Vance gets a new look, and Yondu returns - as does another surprising classic Guardian! Meanwhile, things get really cosmic with celestial powerhouses like Mephisto, the Beyonder, Eternity, the Living Tribunal and Korvac! Plus: The spacefaring super-group the Galactic Guardians, led by Simon "Hollywood" Williams, grabs the spotlight! Collecting GUARDIANS OF THE GALAXY (1990) #40-50, GALACTIC GUARDIANS #1-4 and material from GUARDIANS OF THE GALAXY ANNUAL (1991) #4.
Rated T
In Shops: Aug 31, 2016
SRP: $34.99
View All Items In This Series
ORDER WISH LIST