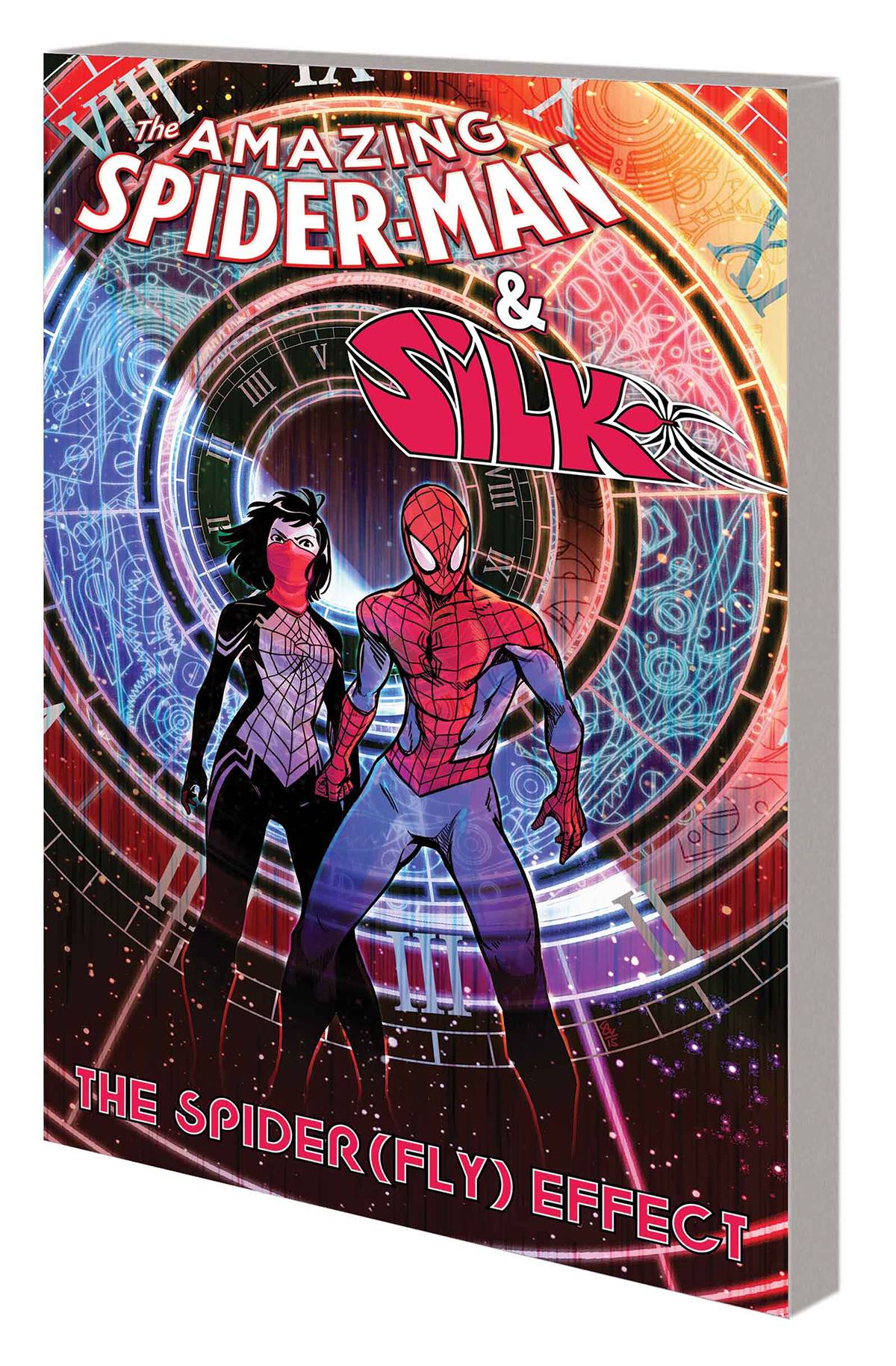 #
JUN160963
(W) Robbie Thompson (A) Todd Nauck, Tom Grummett (CA) TBD
For years they were strangers despite their common origin. Then they were lovers. Now they're not quite friends. Yet Spider-Man and Silk have no option but to put all that behind them for a time-torn team-up when they're sent back to just before they got their spider-powers! Can they let bygones be bygones, stop a sinister threat to reality as they knew it and avoid accidentally wiping out the moment that gave them their amazing abilities? Maybe these two anachronistic arachnids could enlist some aid from a local Forest Hills man. You might know him - his name's Ben Parker. Spider-Man and Silk face a date with destiny right where it all began: the spectacular science fair that started it all! Collecting AMAZING SPIDER-MAN & SILK: THE SPIDER(FLY) EFFECT #1-4.
Rated T+
In Shops: Sep 21, 2016
SRP: $15.99
ORDER WISH LIST