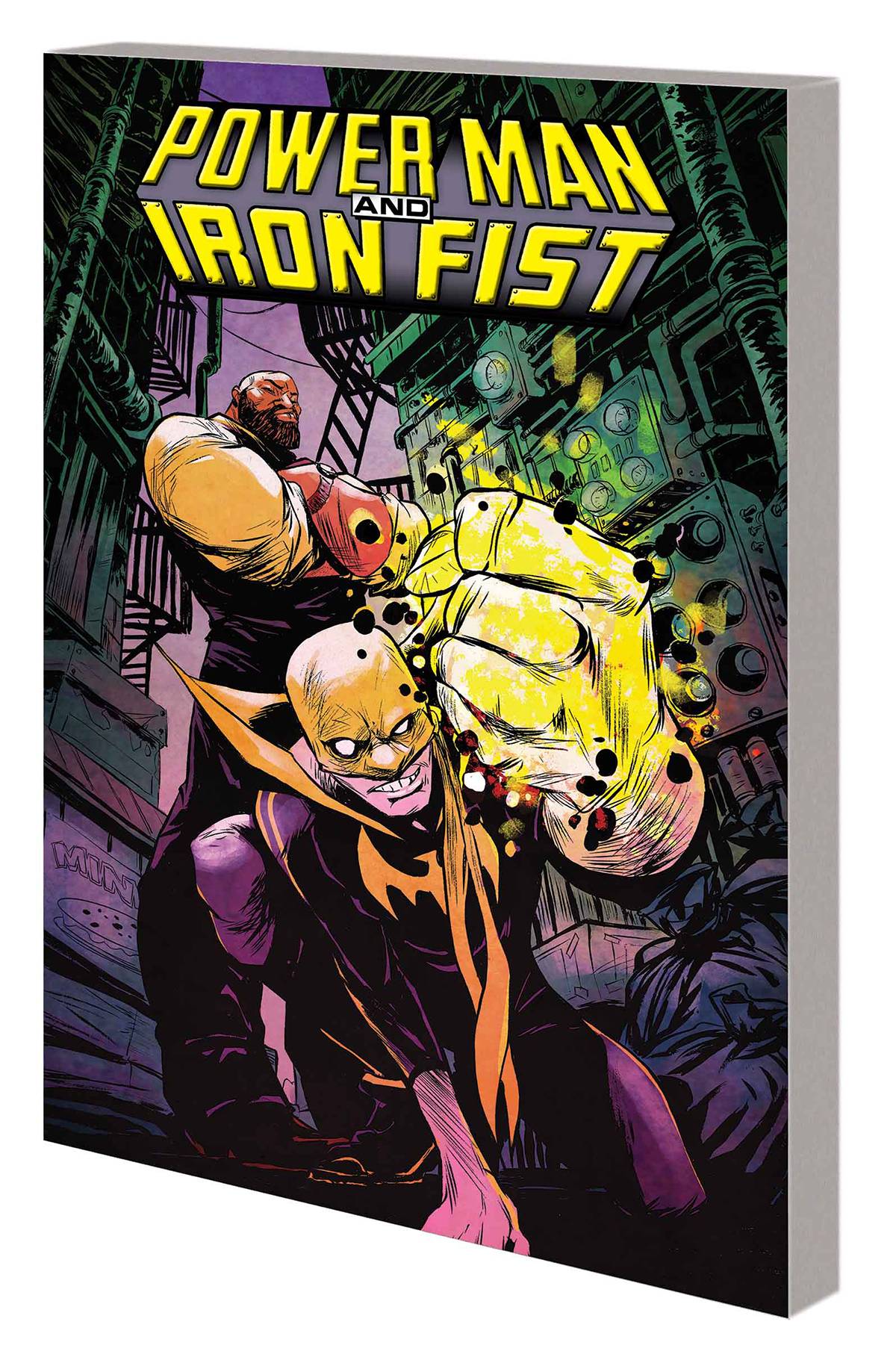 #
JUN160961
(W) David Walker (A) Flaviano (A/CA) Sanford Greene
The best buddy team in comics, reunited at last! Luke Cage and Danny Rand, the Heroes for Hire turned Avengers, are going back to street-level basics - and there's a mystery to solve that will draw in crime lords, hired goons and old friends! But which of the three pose the most trouble? The Big Apple may end up poisoned by magic unless Luke and Danny can put a stop to whoever is wielding the mystical Supersoul Stone! Business starts to boom, with a flurry of big-hitting, kung-fu-fighting action. But when a second Civil War splits the Marvel Universe down the middle, will Power Man and Iron Fist be on the same side, or will a fine bromance end? Luke brings the power, Danny brings the fists - you bring the snacks! Collecting POWER MAN AND IRON FIST (2016) #1-6.
Rated T+
In Shops: Sep 21, 2016
SRP: $15.99
View All Items In This Series
ORDER WISH LIST