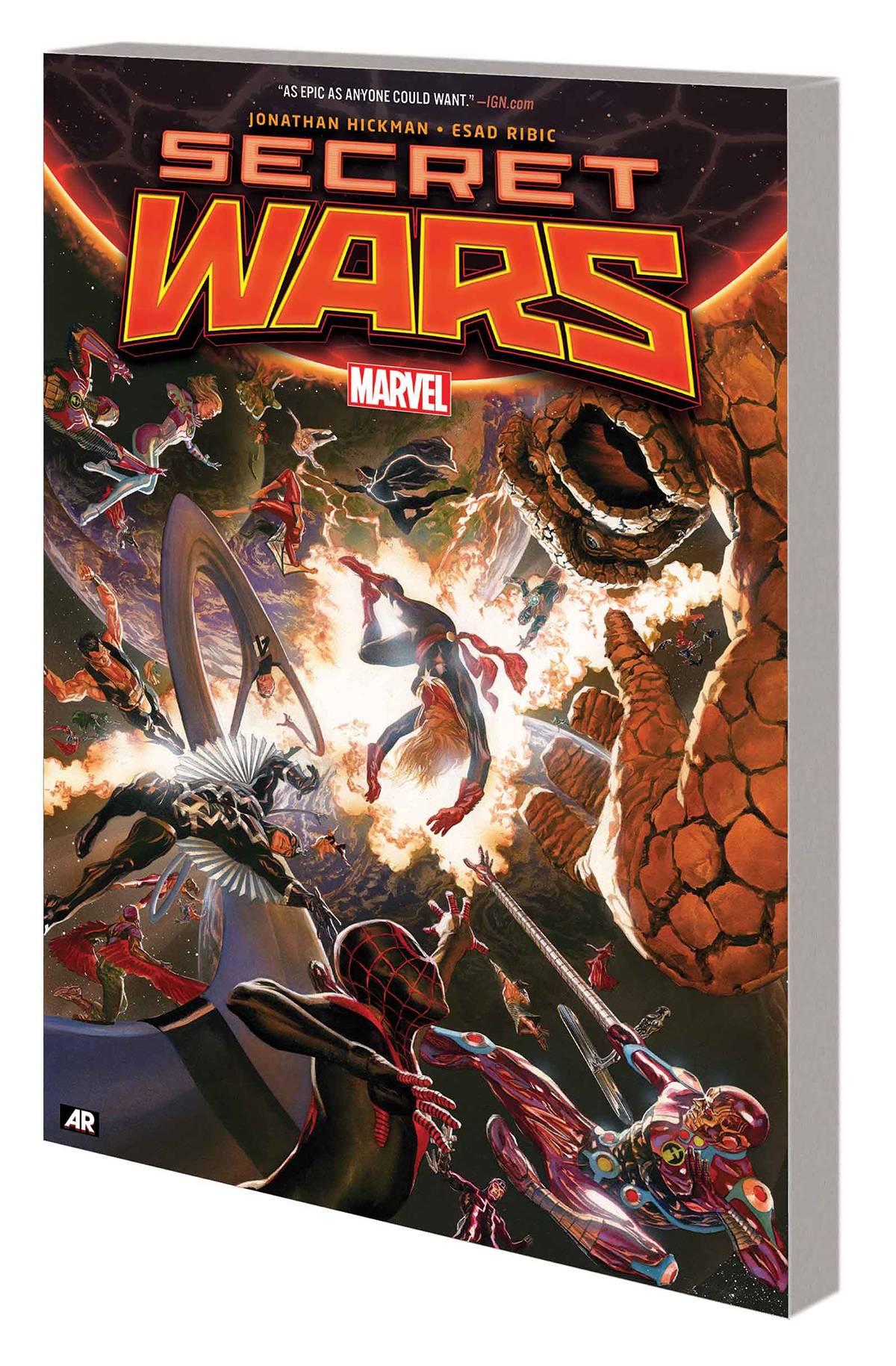 #
JUN160958
(W) Jonathan Hickman (A) Esad Ribic, Paul Renaud (CA) Alex Ross
The Marvel Universe is no more! The interdimensional Incursions have eliminated each and every alternate universe one by one. And now - despite the best efforts of scientists, sages and superhumans - the Marvel Universe and Ultimate Universe have collided...and been destroyed! All that exists in the vast empty cosmos is a single, titanic patchwork planet made of the fragmented remains of hundreds of devastated dimensions: Battleworld! And the survivors of this multiversal catastrophe all bend their knee to Battleworld's master: Doctor Doom! What strange creatures inhabit this world? Which familiar faces will return? And what happens when Battleworld's domains go to war? The Marvel Universe is dead - and the victors of the Secret Wars will determine what comes next! Collecting SECRET WARS (2015) #1-9 and material from FREE COMIC BOOK DAY 2015 (SECRET WARS) #0.
Rated T+
In Shops: Sep 07, 2016
SRP: $34.99