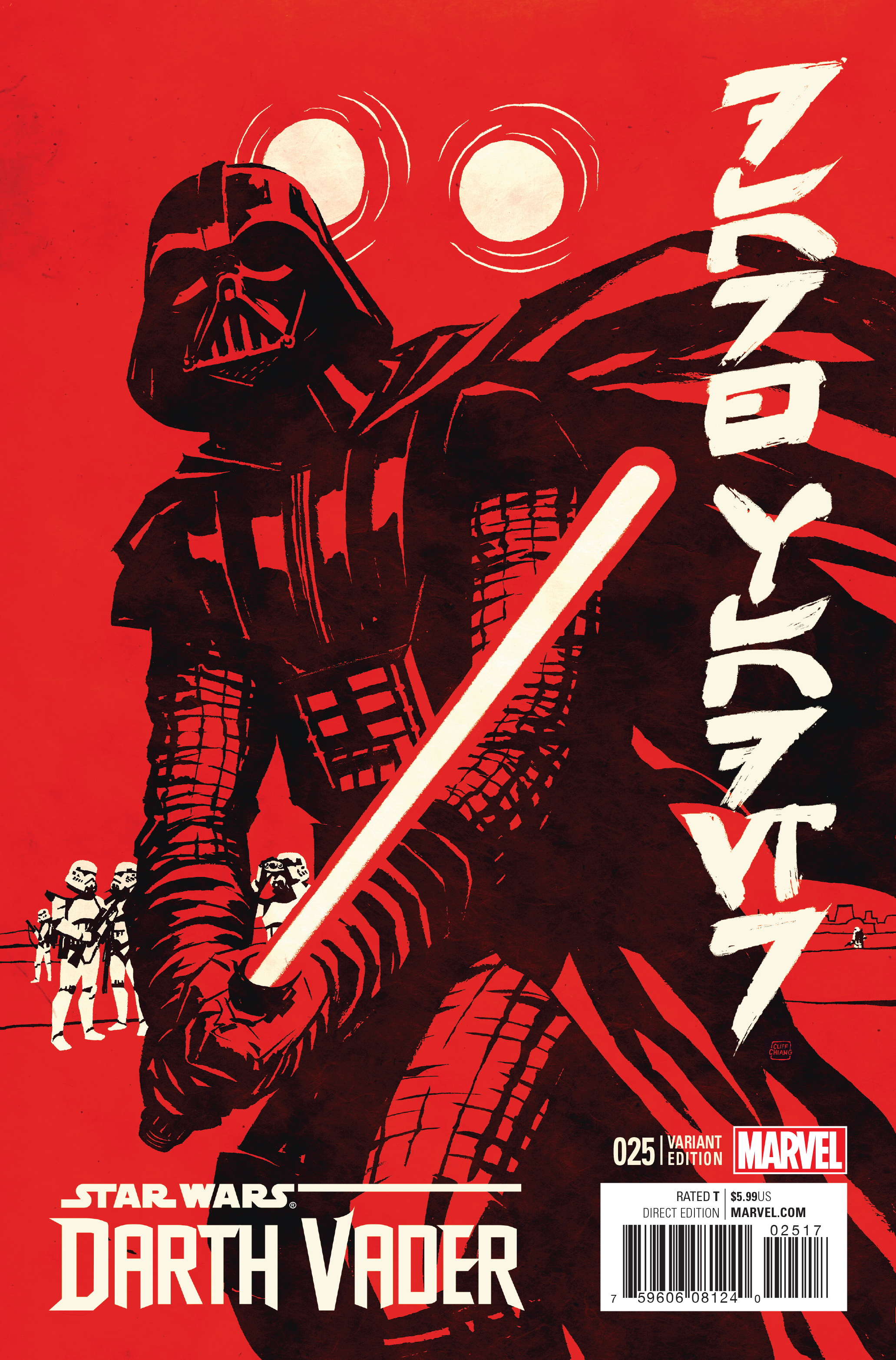 JUN160938
(W) Kieron Gillen (A) Salvador Larroca (CA) Cliff Chiang
FINAL ISSUE!
It has all built up to this! Vader's trials against Cylo's creations! His machinations against the Emperor! His covert missions with Doctor Aphra and her murderous droids! All comes to fruition in an oversized 40-page issue by the stellar team of Kieron Gillen and Salvador Larroca! You won't want to miss this ending!
Rated T
In Shops: Oct 12, 2016
SRP: $5.99
View All Items In This Series