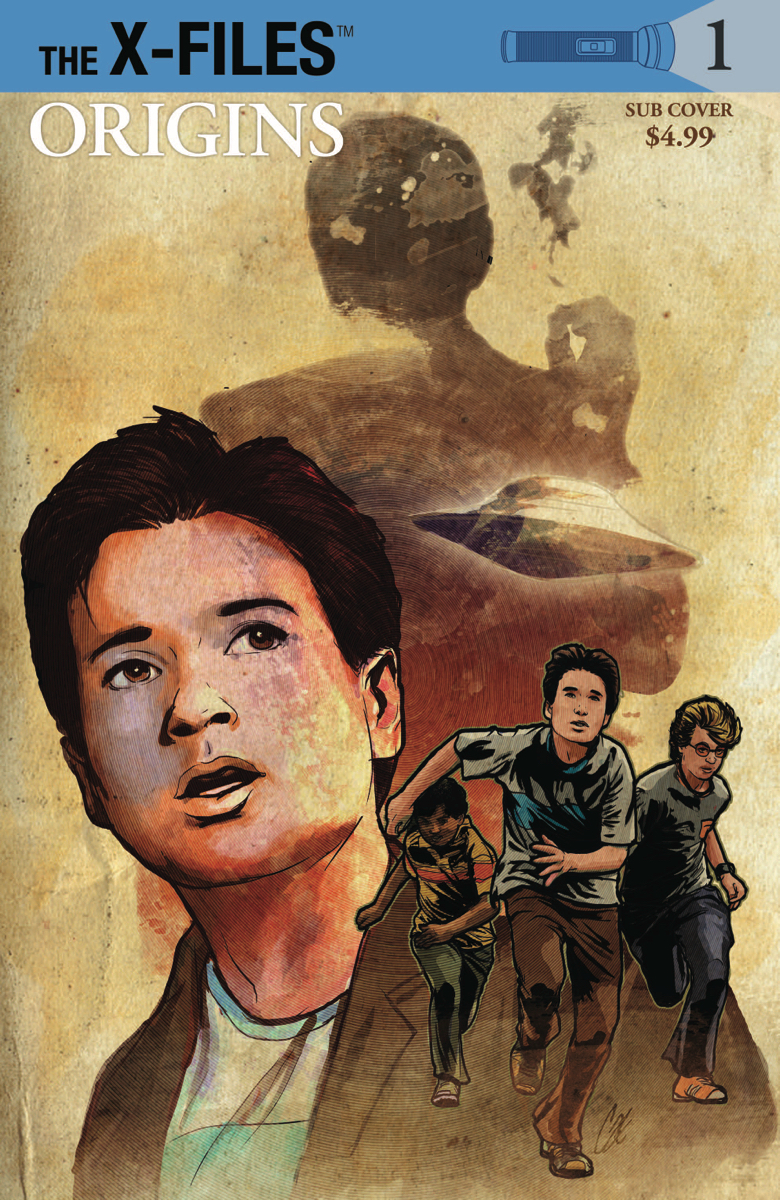 JUN160463
(W) Jody Houser, Matthew Dow Smith (A) Chris Fenoglio, Corin Howell (CA) Cat Staggs
Before the FBI, before the X-Files, they were just two teenagers in search of the truth. On Martha's Vineyard, a young Fox Mulder investigates something strange happening on the island, while in San Diego, 13-year-old Dana Scully looks into the shocking murder of her teacher. Two kids, two mysteries, one conspiracy that threatens the future of humanity.
•   Mulder and Scully star in separate tales depicting their teen years!
•   See what made them into the characters we've come to love!
•   Especially crafted for young adult readers!
•   Mystery novel variant covers by Cat Staggs (Orphan Black)!
In Shops: Aug 24, 2016
SRP: $4.99
View All Items In This Series