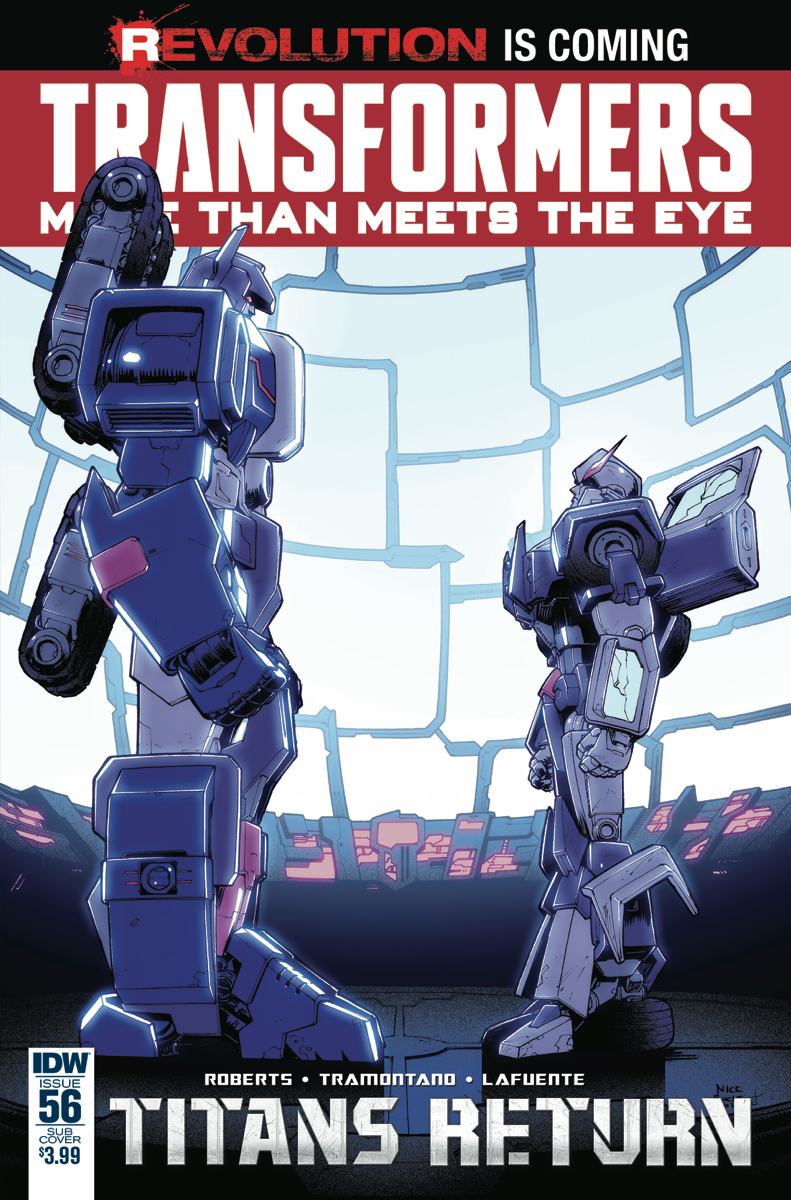 JUN160438
(W) James Roberts (A) Priscilla Tramontano (CA) Nick Roche
TITANS RETURN! On Luna 1, nothing ever happens-and as far as FORTRESS MAXIMUS and RED ALERT are concerned, nothing ever will. After all, who else could possibly be interested in the Luna 1's birthing field and its graveyard full of dead Titans?
•   You've never seen a TRANSFORMERS crossover like this before!
•   Ties directly in to this month's TRANSFORMERS!
•   Sets the stage for next month's REVOLUTION!
In Shops: Aug 17, 2016
SRP: $3.99
View All Items In This Series