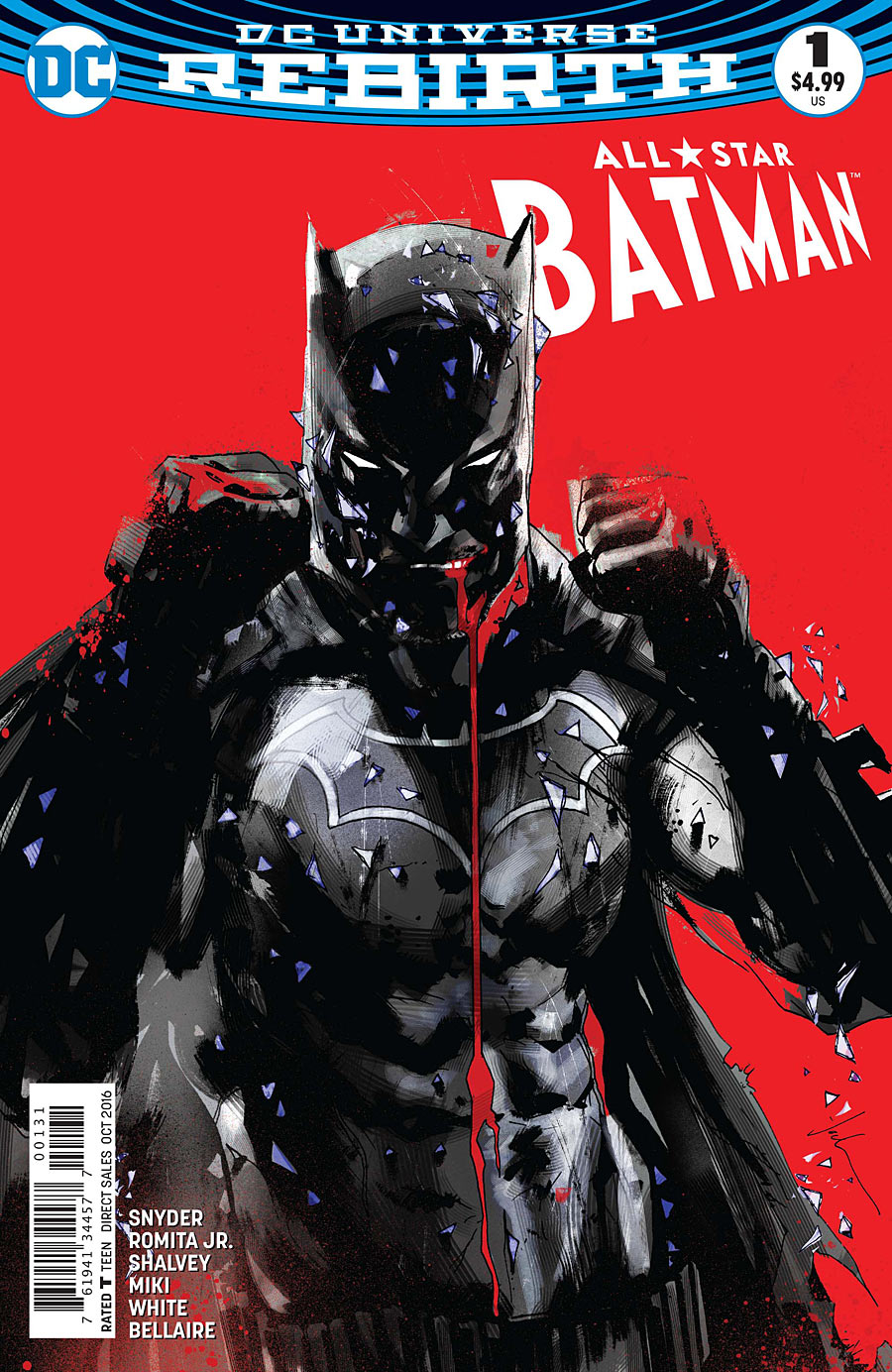 JUN160205
(W) Scott Snyder (A) John Romita Jr., Danny Miki, Declan Shalvey (CA) Jock
"My Own Worst Enemy" part one! Superstar writer Scott Snyder explodes into an all-new Batman series alongside legendary artist John Romita Jr., reimagining some of the Dark Knight's greatest villains. First up: Two-Face! Batman must take Two-Face to a destination out of Gotham City, but the duplicitous villain has a two of spades up his sleeve. Every assassin, bounty hunter and ordinary citizen with something to hide is on their tails with one goal: kill Batman! Handcuffed together on the road to hell, this is Batman and Two-Face as you've never seen them before!
In Shops: Aug 10, 2016
SRP: $4.99
View All Items In This Series
ORDER WISH LIST