PREDATOR VS JUDGE DREDD VS ALIENS #2 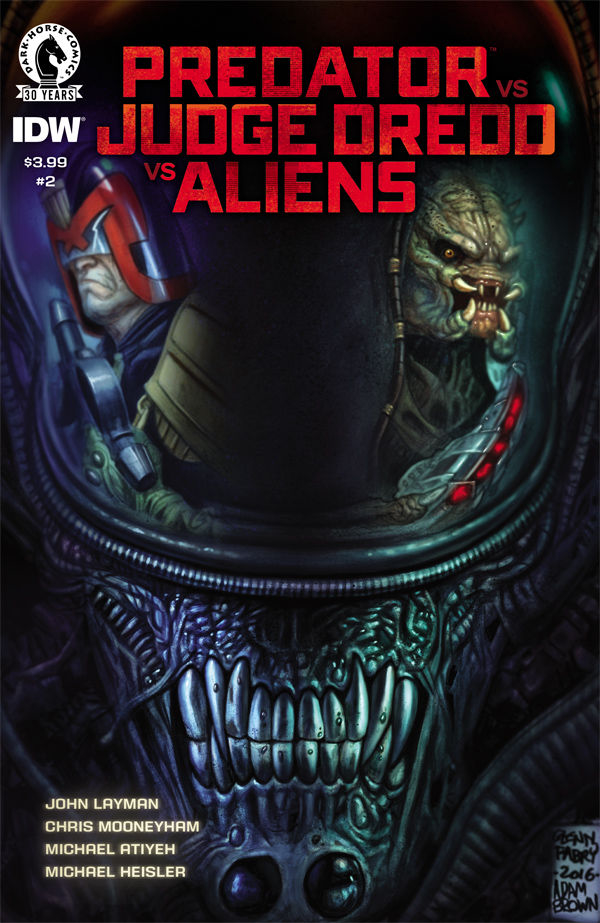 JUN160031
(W) John Layman (A) Chris Mooneyham (CA) Glenn Fabry
Want to make apocalypse stew? Throw in four Judges, one insane genetic scientist, a smattering of emoji-based cultists, a dash of Predator, and a pinch of essence of xenomorph, mix, and retreat to the nearest bunker. In this issue, Dredd follows a criminal cult leader into the Alabama Morass. A crew of Predators arrives on Earth to rescue a kidnapped comrade. And they both unwittingly wander into the territory of a revenge-obsessed, gene-splicing scientist who's just gotten his hands on a xenomorph skull-and the universe's deadliest DNA!