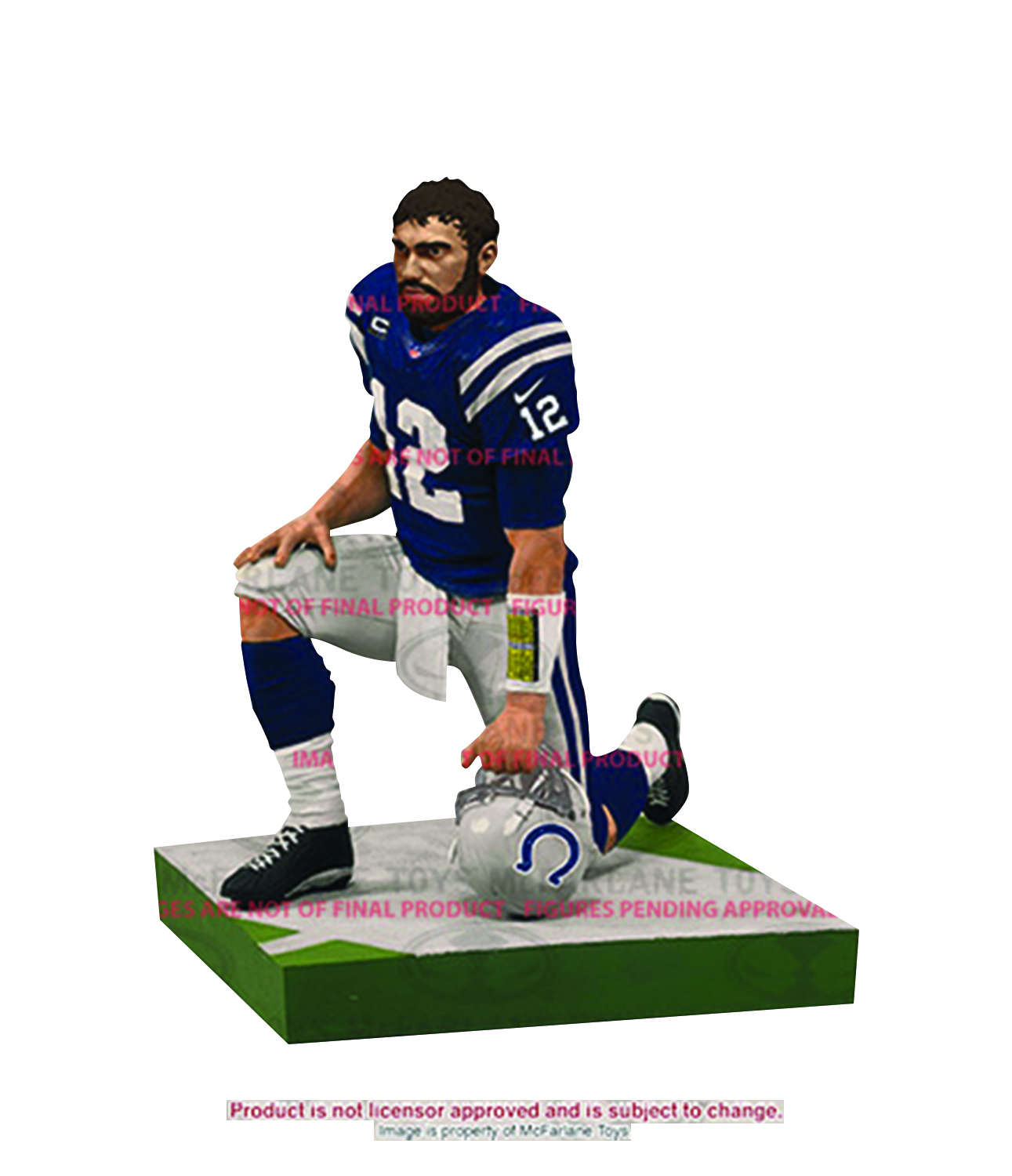 JUN158399
From McFarlane Toys. Another NFL season is in the books, and NFL Series 36 is ready for the offseason workouts! Andrew Luck returns to the lineup in an all-new pose and his traditional home uniform after capping off another successful season for the Indianapolis Colts. He led the Colts to their third straight playoff appearance and made his third straight Pro Bowl trip, all while setting a new Colts single season record for passing yards.