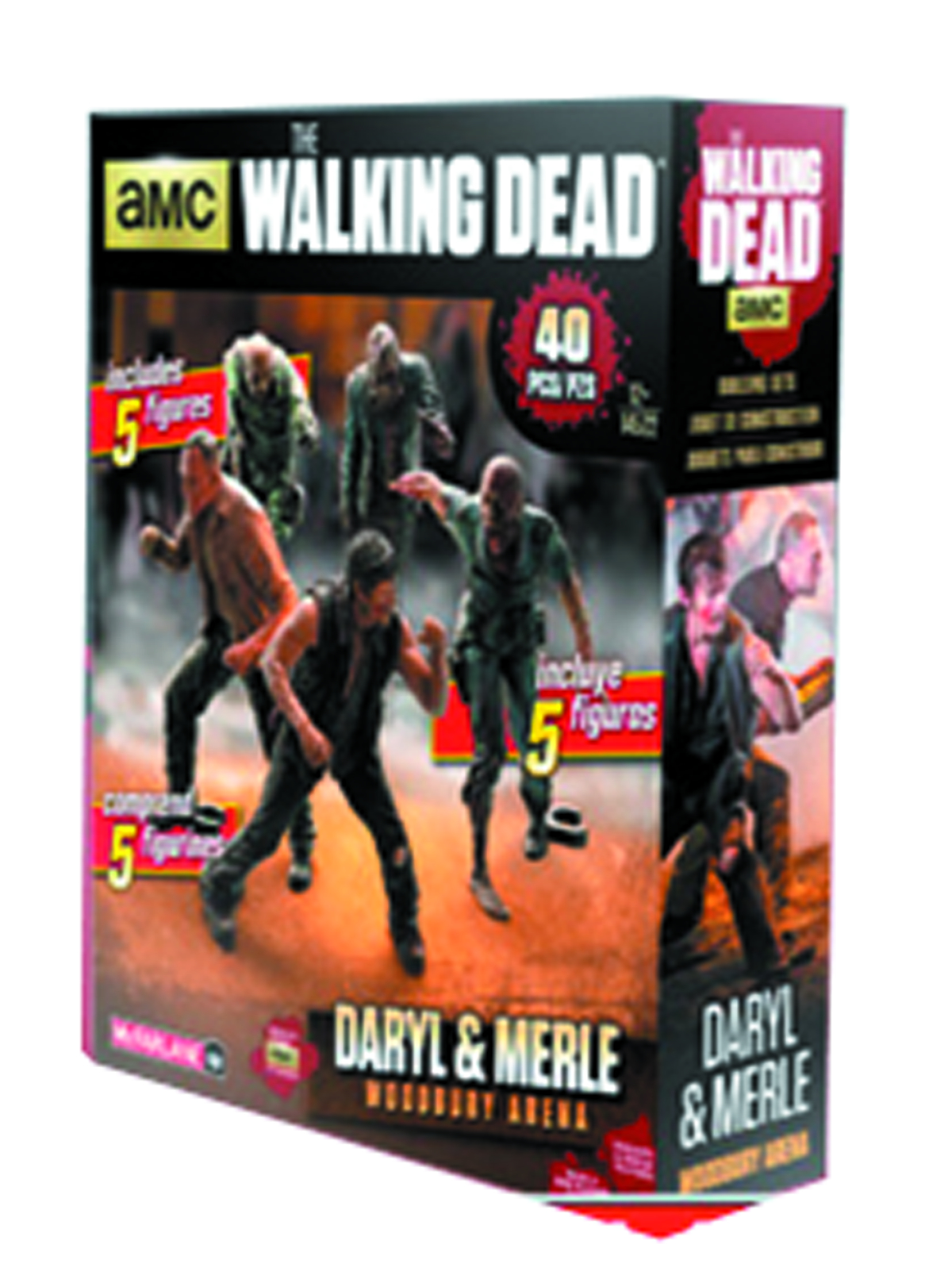 JUN158396
From McFarlane Toys. What better way to pass the time in a post-apocalyptic world than to hold arena death matches with Walkers? After Daryl is captured during the assault on Woodbury, The Governor orders the Dixon brothers to fight to the death with Walkers at every corner. Will Merle and Daryl battle each other or the Walkers? You can decide with the Merle and Daryl Woodbury Arena Figure Pack! Each construction figure pack includes five 2" scale buildable figures -- Merle Dixon, Daryl Dixon, Military Walker, Business Walker, and Police Walker Figures- inspired by AMC's The Walking Dead television series. All figures are unique and not available in construction sets. Figures feature articulation at main joints and have a foot clamp to lock onto construction set bricks. The figure pack, in total, is 40 pieces.