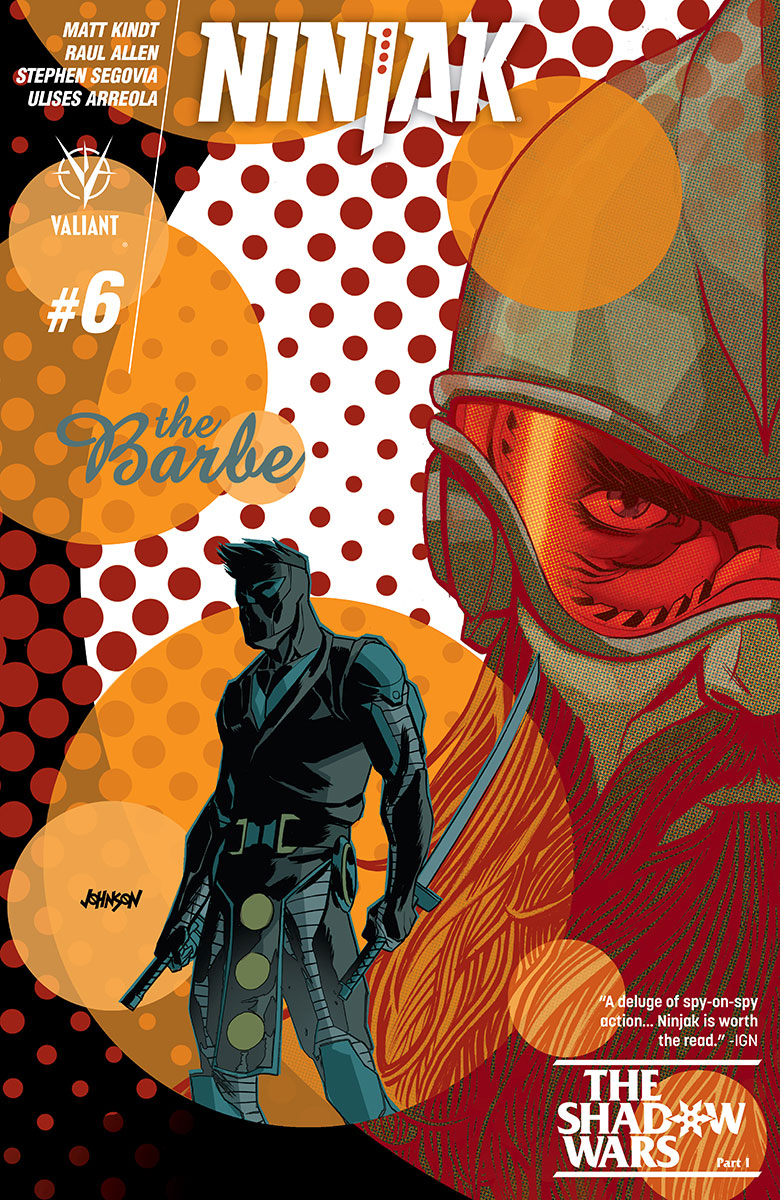 JUN151603
(W) Matt Kindt (A) Raul Allen, Stephen Segovia (CA) Dave Johnson
ALL-NEW ARC! ALL-NEW JUMPING-ON POINT! "THE SHADOW WARS" START NOW! WHO ARE THE SHADOW SEVEN? That's the question Ninjak was sent to answer when he was dispatched to destroy terrorist organization Weaponeer from the inside out. As the mysterious new enemies make their move, he's on a globe-spanning race against time to stop their machinations. Plus: discover how Colin King and Neville Alcott first met - and the deadly secret Neville has kept from Colin as NINJAK: THE LOST FILES continue...and Matt Kindt, Raul Allen, and Stephen Segovia begin a pivotal new chapter of the year's smash-hit new series!
In Shops: Aug 26, 2015
SRP: $3.99
View All Items In This Series