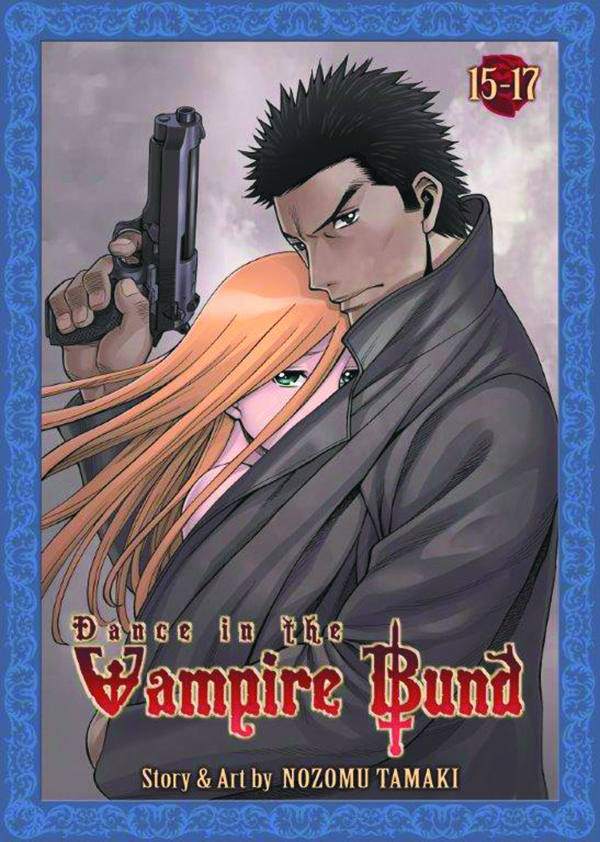 JUN151504
(W) Nozomu Tamaki (A/CA) Nozomu Tamaki
Three months have passed since Princess Mina, queen of all vampires, has recaptured the Bund. Somebody is trying to kill government liaison Reiko Gotoh, and it is up to werewolf bodyguard Akira and shapeshifting sheriff Hama Seiji to protect her. Seiji must look deep into his own past in order to uncover the hidden dangers that lurk in the present. The dark secrets he learns may not only affect his ill-fated romance with Gotoh, but could spell the end of the Vampire Bund itself! This omnibus edition contains the interlude series Dance in the Vampire Bund: The Memories of Sledgehammer volumes 1-3, which serves as a bridge between the first and second story arcs of the hit manga series Dance in the Vampire Bund.
In Shops: Aug 26, 2015
SRP: $19.99
View All Items In This Series
ORDER WISH LIST