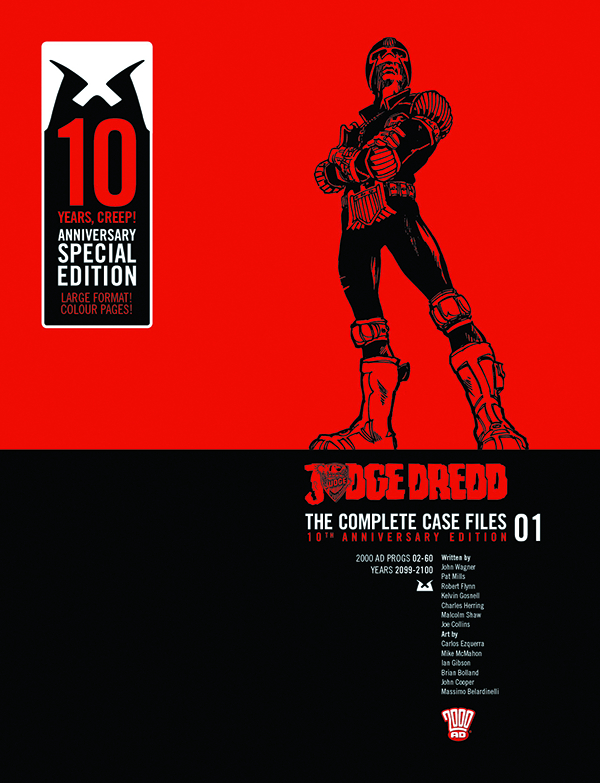 JUN151497
(W) John Wagner, Pat Mills (A) Brian Bolland, Mike McMahon
Ten years ago, Rebellion published the first of the Judge Dredd: The Complete Case Files with the lofty aim of collecting every episode ever printed in chronological order. From epic series like The Apocalypse War to Necropolis and beyond, twenty-five volumes, with more to come, have seen the series going from strength to strength. To celebrate the tenth anniversary of this mighty series, Case Files One is being released as a hardback edition, complete with original color center spreads and pages by such esteemed artists as Brian Bolland, Mick McMahon, and Ian Gibson. If you've never sampled Judge Dredd the first time around, this is the perfect starting point!
In Shops: Sep 09, 2015
SRP: $51.99
View All Items In This Series
ORDER WISH LIST