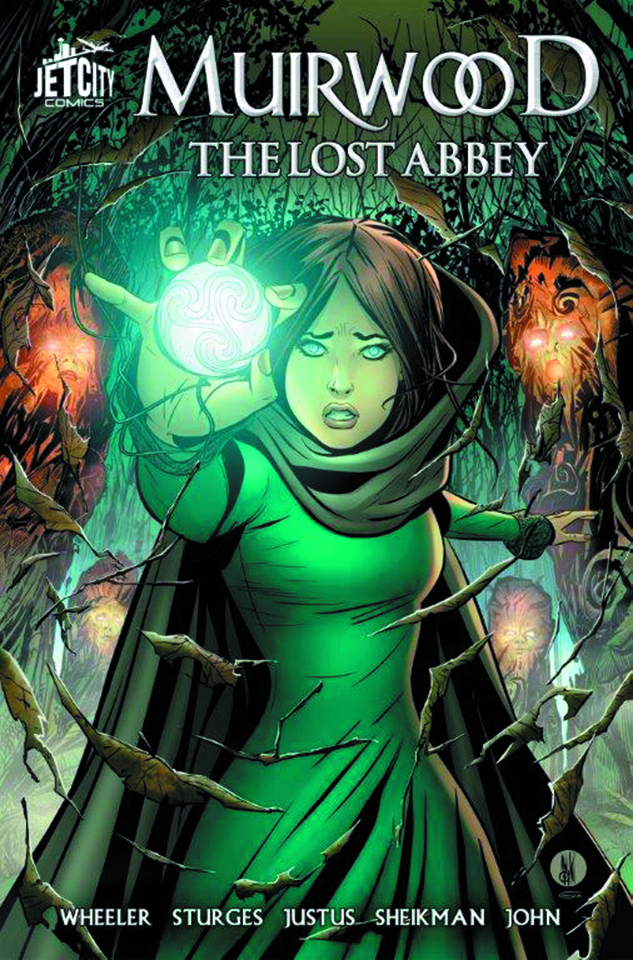 JUN151394
(W) Lilah Sturges, Dave Justus, Jeff Wheeler (A) Alex Sheikman (CA) Inaki Miranda
Muirwood: The Lost Abbey is a brand-new story set in bestselling author Jeff Wheeler's Muirwood universe! Maia, the daughter of the king of Comoros, has been banished. Her rank and station have been taken away. Although magic is forbidden of women in her world, Maia has secretly learned...and now her desperate father has sent her on a dangerous quest to save their kingdom. Protected by a hired killer, Maia voyages to another realm - the cursed shores of Dahomey, where an ancient Blight has destroyed all the inhabitants. Maia believes she can restore the deadly lands by using her magic medallion, but if she's discovered wielding her clandestine power, she will most certainly be hunted down and killed!