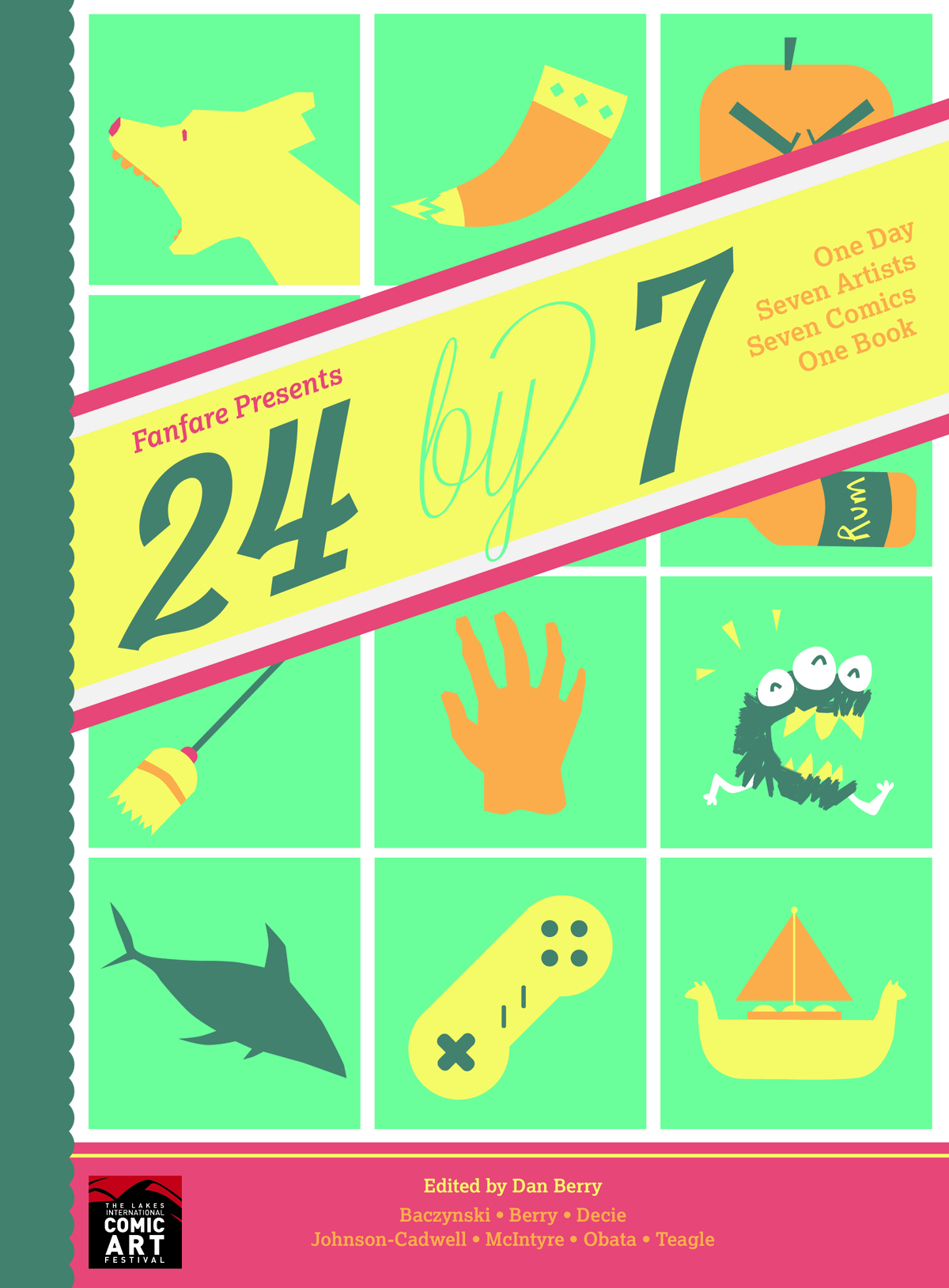 JUN151342
(W) Various, Warwick J. Cadwell, Jack Teagle, Fumio Obata (A) Various, Fumio Obata, Jack Teagle, Warwick J. Cadwell
At 3pm on Thursday, October 16, 2014 in the small market town of Kendal in England, 7 artists entered a room and started to draw. By 9pm the following day 7 comic books were being collected from the printer to form part of the Lakes International Comic Art Festival. The artists worked around the clock on coffee and smiles to produce "a spread of seven comics as diverse as they are witty as they are beautiful to behold." From witches to scribbles, paperclips to salty tales, hand-me-downs to chance encounters and doomed love, all were created in 24 hours by quality artists (in order of appearance) Sarah McIntyre, Joe Decie, Kristyna Baczynski, Fumio Obata, Jack Teagle, Warwick Johnson-Cadwell and finally curator and editor Dan Berry.
In Shops: Aug 26, 2015
SRP: $25.00
ORDER WISH LIST