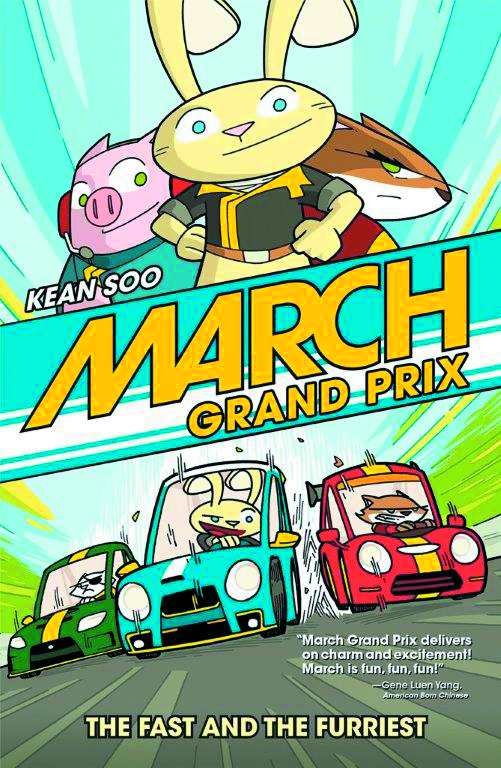 JUN151183
(W) Kean Soo (A/CA) Kean Soo
A new, turbo-charged graphic novel by Kean Soo, author of the acclaimed, award-winning series Jellaby. March Hare wants to be the fastest and furriest racecar driver around. But first, this rabbit racers will have to prove his skill at the speedway, on the streets, and in the desert. With pedal-to-the-metal illustrations and full-throttle action, March Grand Prix is sure to be a winner!
In Shops: Sep 02, 2015
SRP: $14.95