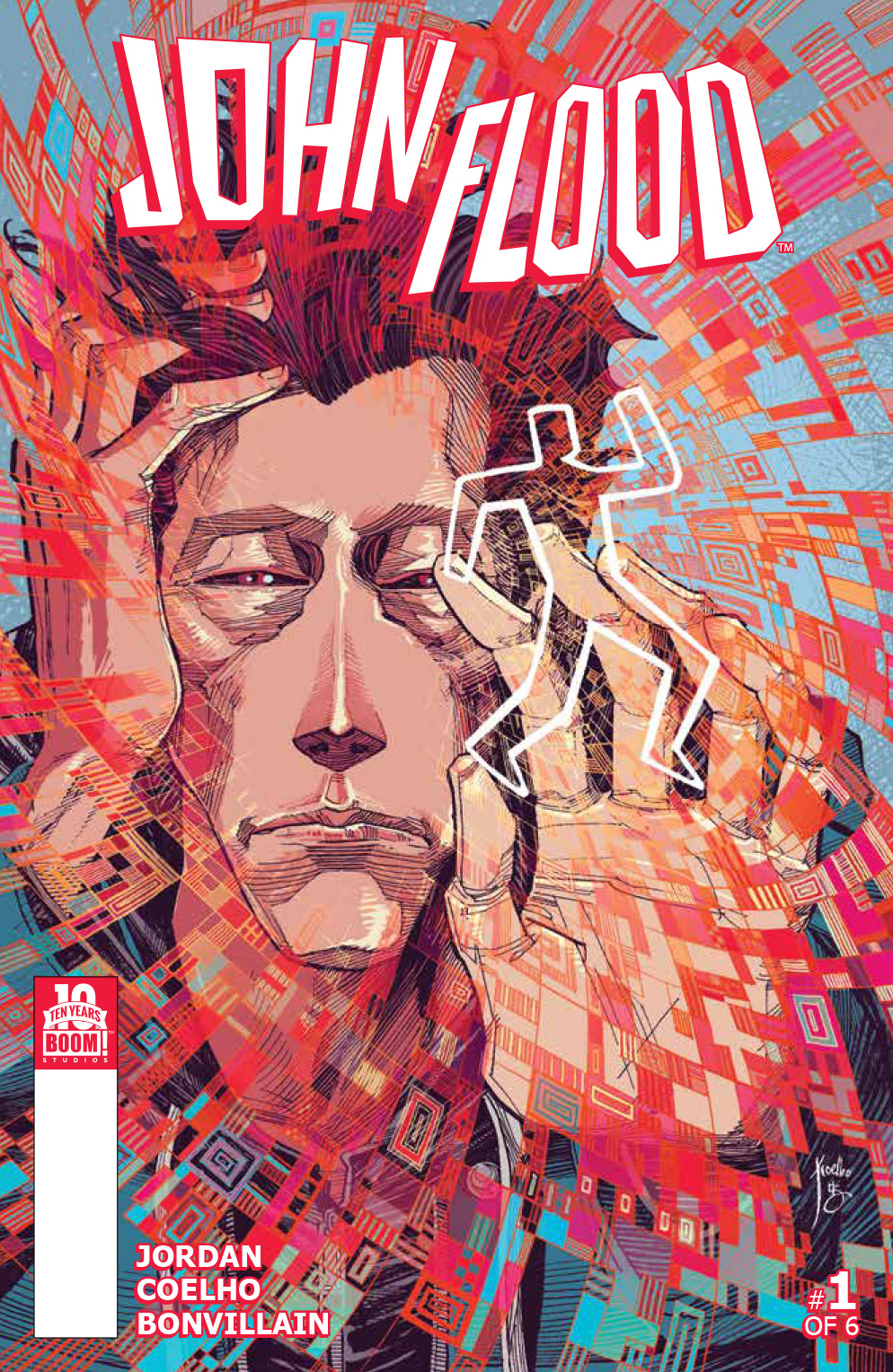 JUN151083
(W) Justin Jordan (A) Jorge Coehlo (CA) Jorge Coelho
What's to Love: Justin Jordan exploded onto the comics scene just four short years ago with The Strange Talent of Luther Strode and caught everyone by surprise. Now he brings us John Flood, a series that combines the metaphysical with the procedural in a way we think is really fresh. Joining him is Jorge Coelho, whose fantastic work on Polarity and Sleepy Hollow made him a BOOM! favorite. Perfect for fans of Desolation Jones and Sherlock Holmes.

What It Is: As the result of a government experiment, John Flood no longer needs to sleep, but now he's in a constant dream state and sometimes can't tell what's real and what isn't. But a side effect is that he sees patterns and makes connections no one else can, which serve him well in his new "career" as a make-shift PI. Together with a burly ex-cop, Flood begins to investigate when he "sees" one man responsible for thousands of unsolved murders, but now he himself has caught the killer's attention...
In Shops: Aug 05, 2015
SRP: $3.99
View All Items In This Series