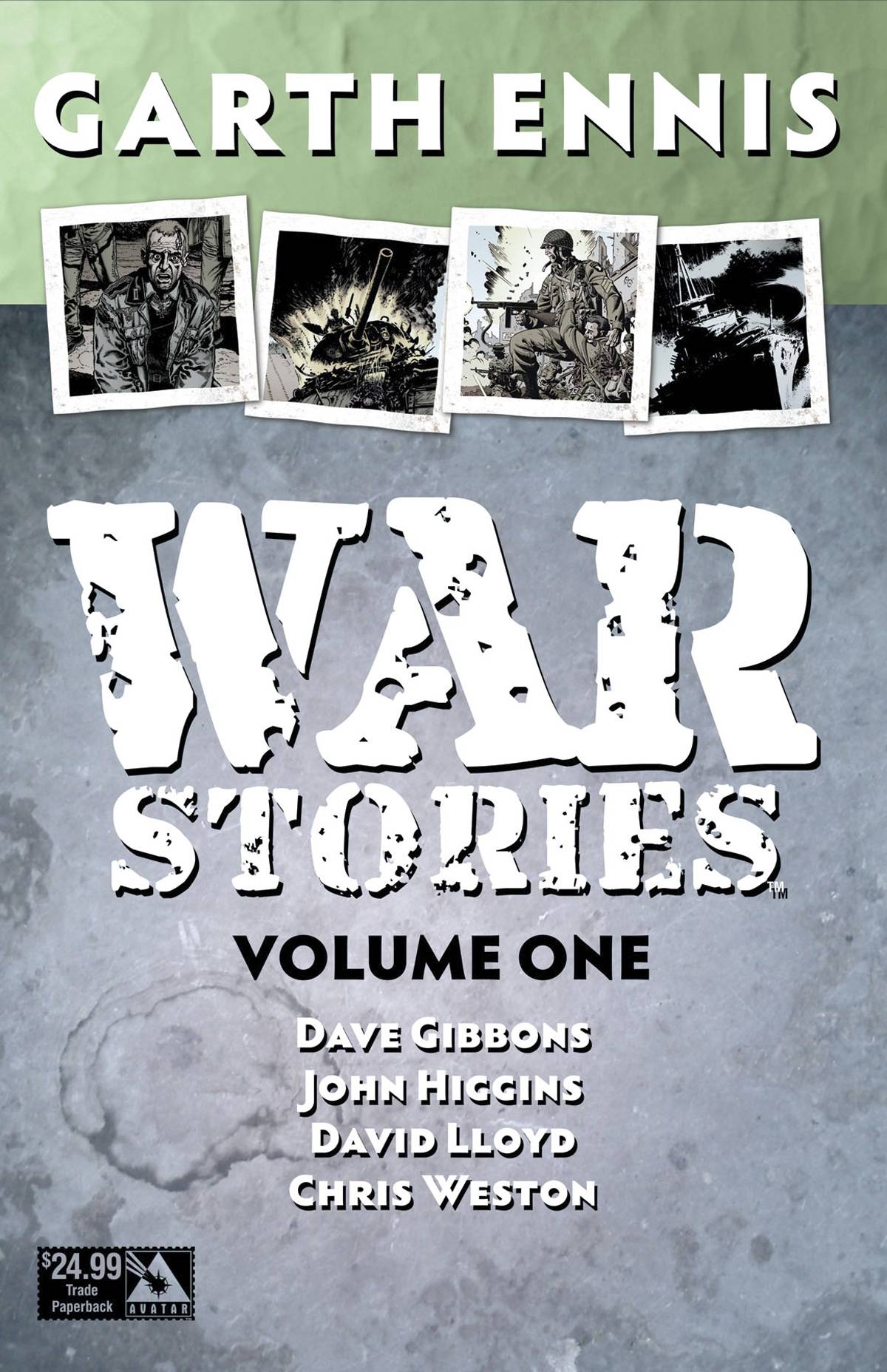 #
JUN151003
(W) Garth Ennis (A) Dave Gibbons, John Higgins, David Lloyd, Chris Weston
For the first time in a decade, the original War Stories are back in print! Fully re-mastered, these stunning works have never looked so good.  Featuring some of the finest war comics ever done, with scripts by Garth Ennis (Preacher, Crossed, The Boys) and art by some of the biggest names in comics.  Collected in Volume 1 are: "Johann's Tiger"-Drawn by Chris Weston (The Filth).A German tank crew face their own damnation in the twilight of the Second World War, as old ghosts and old sins catch up with them; "D-Day Dodgers"-Drawn by John Higgins (Pride & Joy). British soldiers in the remote Italian campaign find themselves fighting a forgotten war, while others closer to home reap the glory; "Screaming Eagles"-Drawn by Dave Gibbons (Watchmen). Exhausted by years of combat, American paratroopers come to the end of the road- and are suddenly granted a strange reward; "Nightingale"-Drawn by David Lloyd (V for Vendetta). A Royal Navy escort ship on the nightmarish Arctic convoy run hits trouble- and only the ultimate sacrifice will earn her crew redemption. Features an afterword by Ennis discussing the real-life origins of all four stories.
In Shops: Aug 12, 2015
SRP: $24.99
View All Items In This Series
ORDER WISH LIST