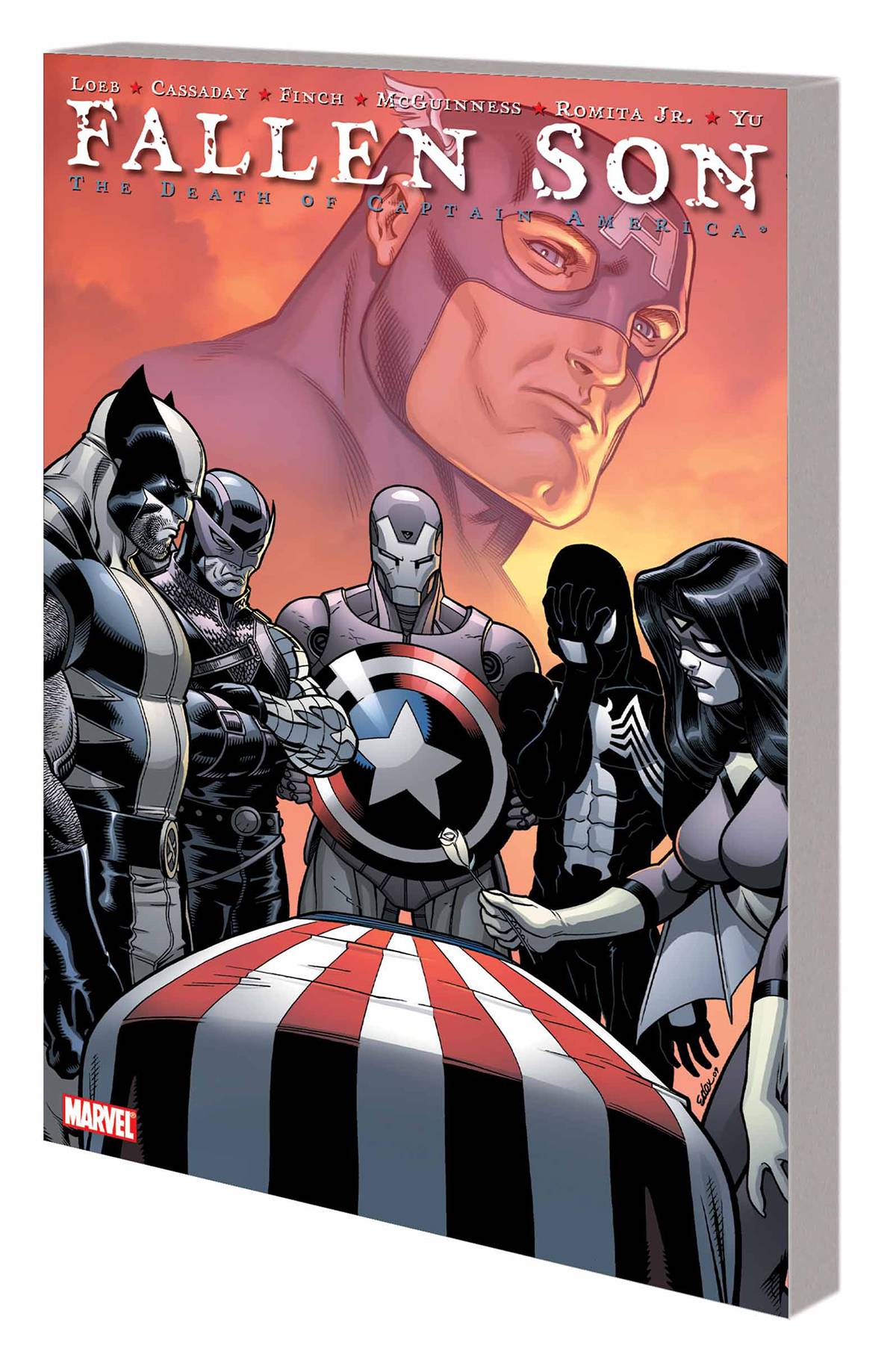 #
JUN150840
(W) Jeph Loeb (A) Various (CA) Ed McGuinness
Where were you when you heard that Captain America died? You were probably shocked, most likely thinking, "How could they? How could this happen to Cap?" And for a moment, perhaps you thought about all the ways the super soldier meant something to you. Fallen Son follows the reaction of the legendary hero's best friends and closest comrades as they struggle to work through the stages of grief stirred by the loss of their ally. Wolverine. The Avengers. Hawkeye. Spider-Man. Iron Man. All have their own sense of loss, their own levels of grieving. This is their story. This is Cap's story. This is our story. The story of a Fallen Son and the world he helped make a better place. Collecting FALLEN SON: THE DEATH OF CAPTAIN AMERICA - WOLVERINE, AVENGERS, CAPTAIN AMERICA, SPIDER-MAN and IRON MAN.
Rated T+
In Shops: Feb 10, 2016
SRP: $19.99
ORDER WISH LIST