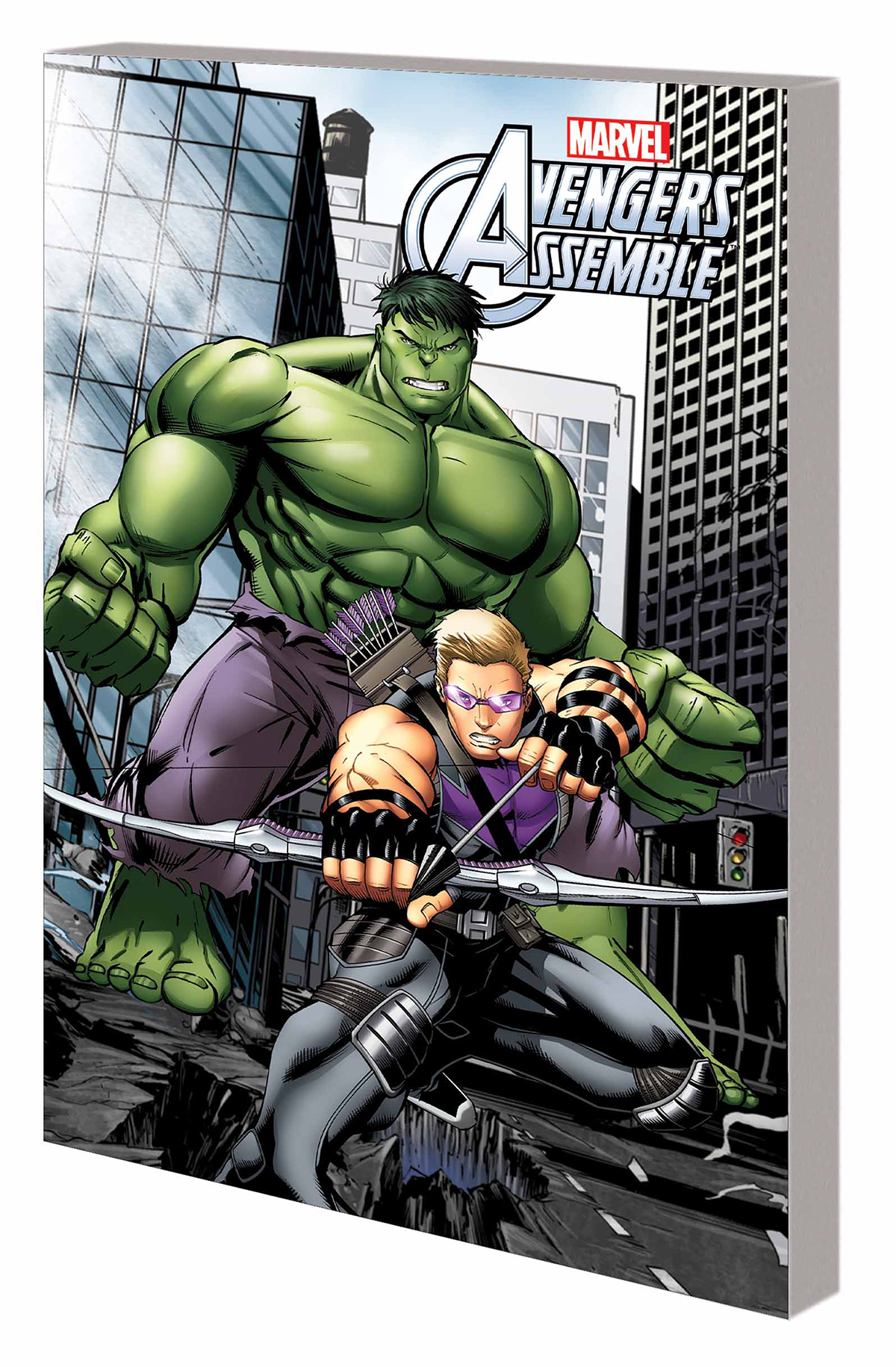 JUN150839
(W) Joe Caramagna (A/CA) Various
Featuring screen-capture images from MARVEL'S AVENGERS ASSEMBLE SEASON TWO-Explosive action featuring your favorite heroes, based on the hit animated series now airing on Disney XD!
•  Hulk and Hawkeye are trapped in a televised death match by the malevolent Mojo! Can they survive killer robot Torgo's onslaught long enough to escape?
•  Tony Stark begins aging backwards when the Time Stone affects his Arc Reactor! Can Iron Man stop time's reverse flow - while facing dinosaurs and other temporal terrors?
•  Tired of with his son's dealing with mortals, Odin orders Thor back to Asgard. Thor must prove to his father that he does good on Earth - or return home forever!
•  M.O.D.O.K. uses an Infinity Gem to cause the Avengers to swap minds. Earth's Mightiest Heroes must scramble in their new bodies to liberate S.H.I.E.L.D.!
Collecting MARVEL UNIVERSE AVENGERS ASSEMBLE SEASON TWO #5-8.
All Ages
In Shops: Aug 26, 2015
SRP: $9.99
View All Items In This Series
ORDER WISH LIST