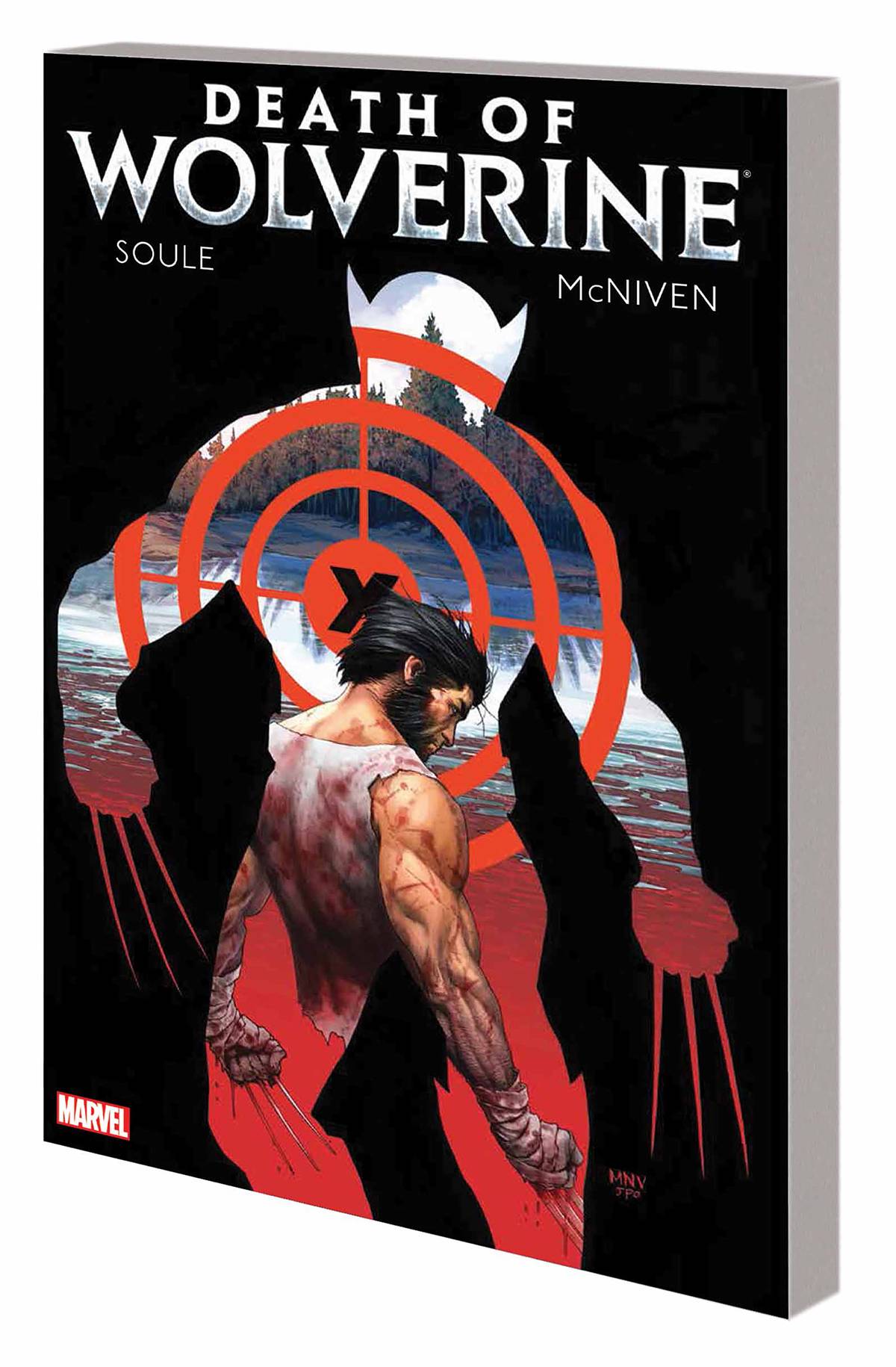 #
JUN150829
(W) Charles Soule (A/CA) Steve McNiven
Logan is no stranger to death. He's killed thousands. He's watched teammates, friends and lovers die. Now, stripped of his healing factor, the X-Man and Avenger faces his own date with the reaper. There's a bounty on his head, a price big enough to put a horde of enemies and assassins on his trail. The race is on to find Wolverine, but who put out the contract? Sabretooth? Viper? Or someone even worse? When Logan discovers that his mystery foe wants him alive, he turns on the offensive. As the hunted becomes the hunter once more, he's determined to die the way he lived. The Wolverine will go out fighting. Collecting DEATH OF WOLVERINE #1-4.
Rated T+
In Shops: Jan 13, 2016
SRP: $19.99
ORDER WISH LIST