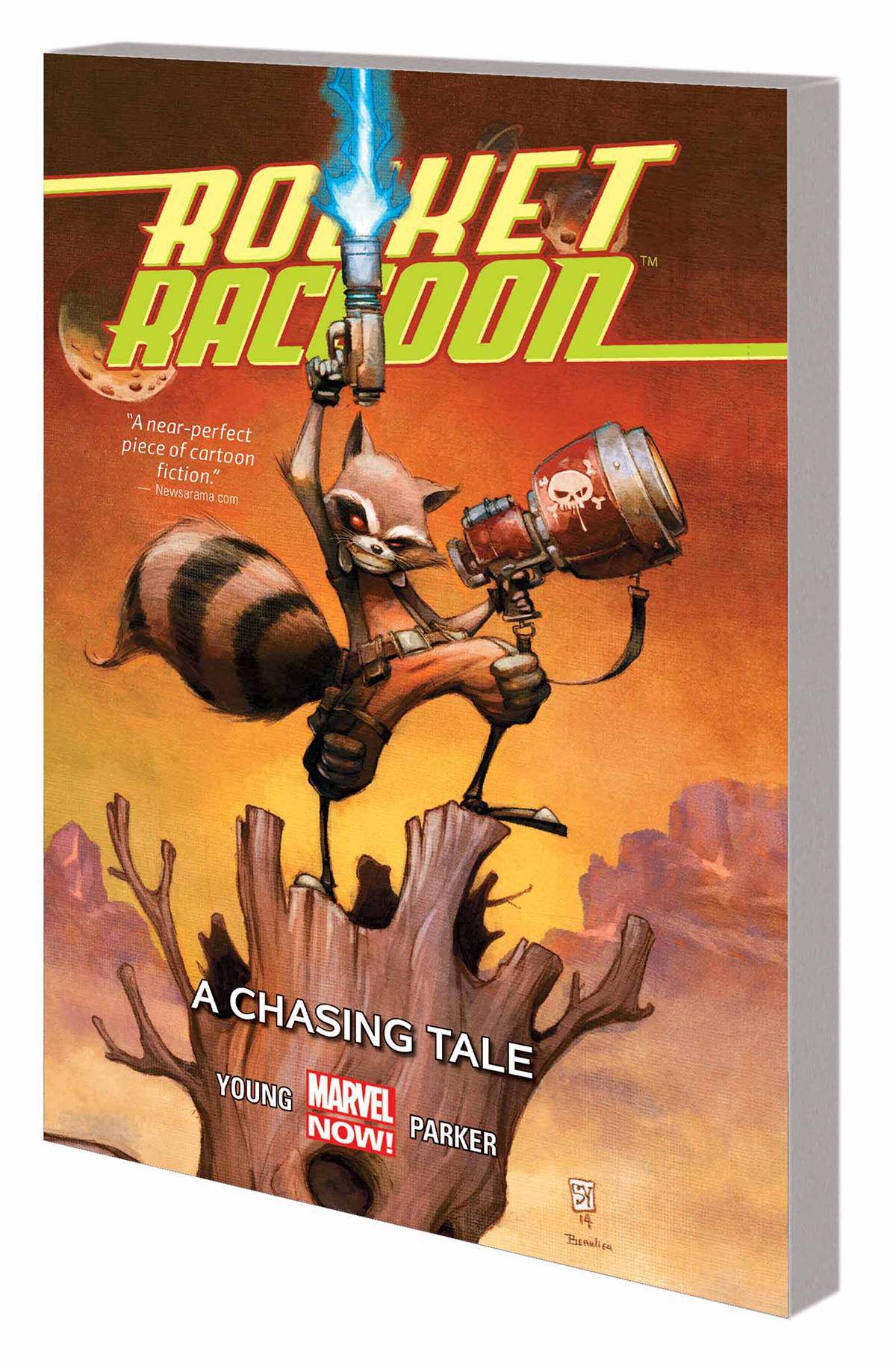 #
JUN150827
(W) Skottie Young (A) Jake Parker (A/CA) Skottie Young
Rocket Raccoon is the last of his kind: a hero to the weak, a champion of good, a swashbuckling pioneer of valor (and guns). But his life of adventure may end abruptly when he's framed for murder - and the authorities aren't the only ones on his tail! (Get it?) There's another "Rocket Raccoon" out there, but the universe just ain't big enough! The lookalike killer is one step ahead of Rocket; now, it's up to our hero and his best pal, Groot, to find the truth! With Macho Gomez and the Ex-Terminators tracking him, can Rocket make it out alive and clear his name? Superstar creator Skottie Young delivers the series we've been waiting decades for. Because really, Rocket and Groot are the only Guardians of the Galaxy you actually care about, right? Collecting ROCKET RACCOON (2014) #1-6.
Rated T
In Shops: Oct 14, 2015
SRP: $19.99
View All Items In This Series
ORDER WISH LIST