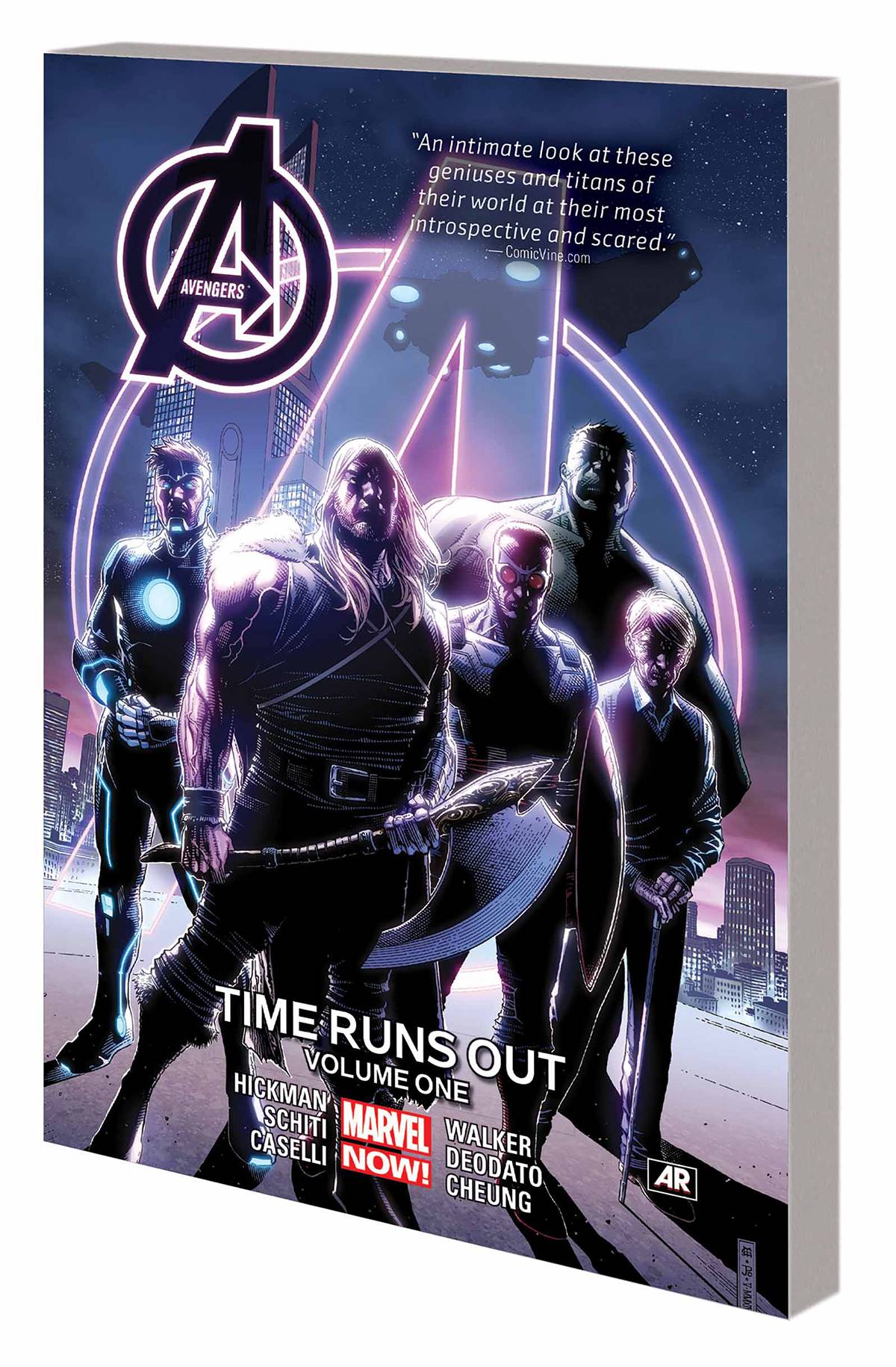 #
JUN150826
(W) Jonathan Hickman (A) Various (CA) Jim Cheung
The Illuminati killed a world - and their own is next. Jonathan Hickman's cataclysmic saga, two years in the making, jumps ahead to its epic climax! For Earth's Mightiest Heroes and the Illuminati, it has all been building to this - the day of the Final Incursion! Eight months after the events of Original Sin, and the revelation of the Illuminati's desperate, world-destroying actions, much has changed for the Avengers. How have they survived their sins? And the Cabal has re-formed with a new, deadly cast, but their motives are complicated. Both groups will fight to save their world - but have all the battles they've endured, all the sacrifices they've made, prepared either group for the inevitable moment where time runs out for everybody? Collecting AVENGERS (2012) #35-37 and NEW AVENGERS (2013) #24-25.
Rated T+
In Shops: Sep 09, 2015
SRP: $19.99
View All Items In This Series