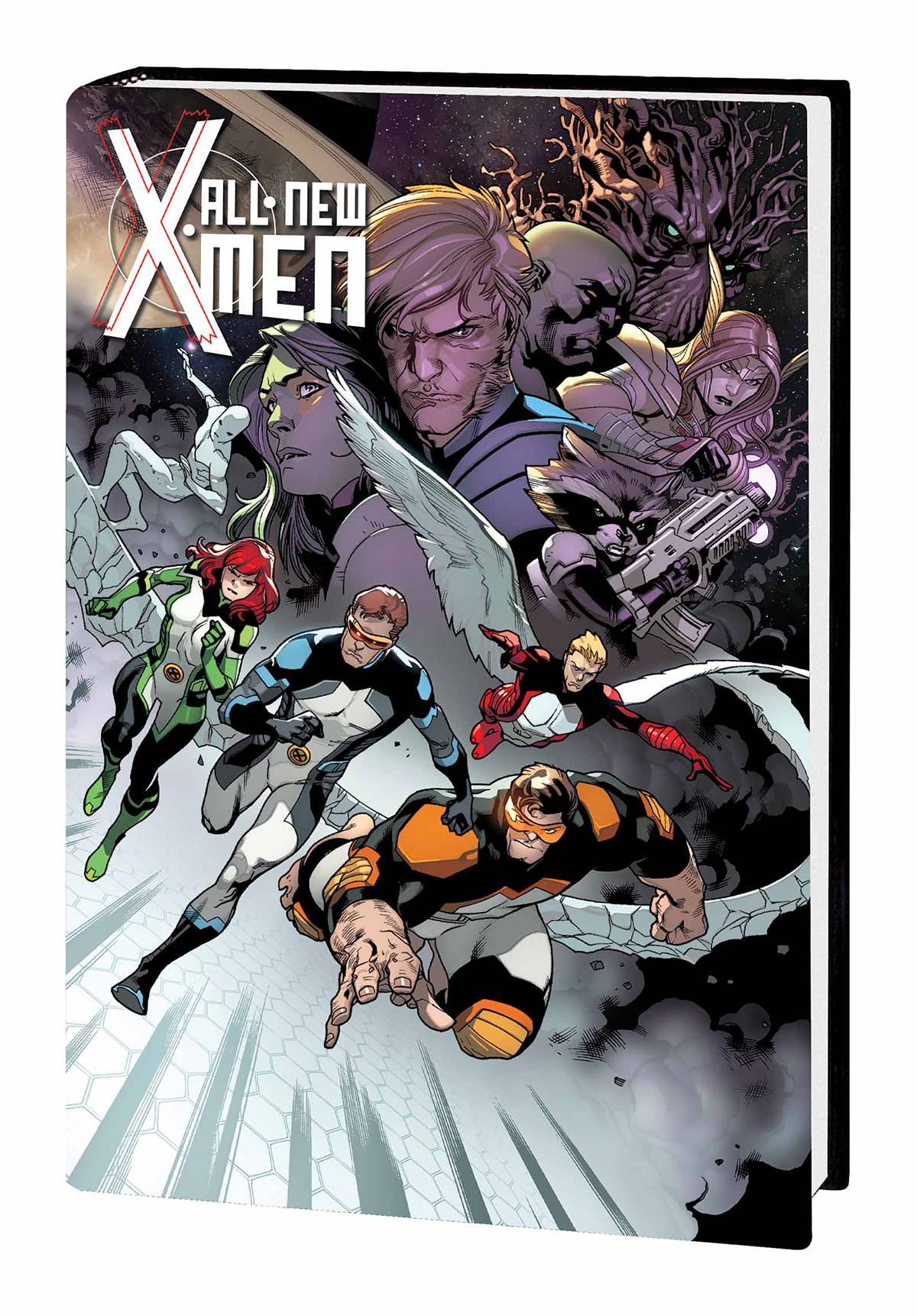 #
JUN150815
(W) Brian Michael Bendis (A) Sara Pichelli, Various (A/CA) Stuart Immonen
The original X-Men's arrival in the present sent shockwaves through the Marvel Universe, but we've only seen the effects on Earth - until now! When an alien race discovers that Jean Grey - once (or future) host of the destructive Phoenix Force - is back, they decide to hold her accountable for Dark Phoenix's genocide! Now it's up to the Guardians of the Galaxy to help the All-New X-Men save Jean from twisted intergalactic justice. But will they be enough against the universe's most powerful army? Back on Earth, the present-day Beast is tortured by his decision to bring the original X-Men forward in time, but can he repair the damage he's done while the future Brotherhood of Evil Mutants is still gunning for the time-tossed teens? Collecting ALL-NEW X-MEN #22-30 and GUARDIANS OF THE GALAXY (2013) #11-13.
Rated T+
In Shops: Dec 02, 2015
SRP: $34.99
View All Items In This Series
ORDER WISH LIST