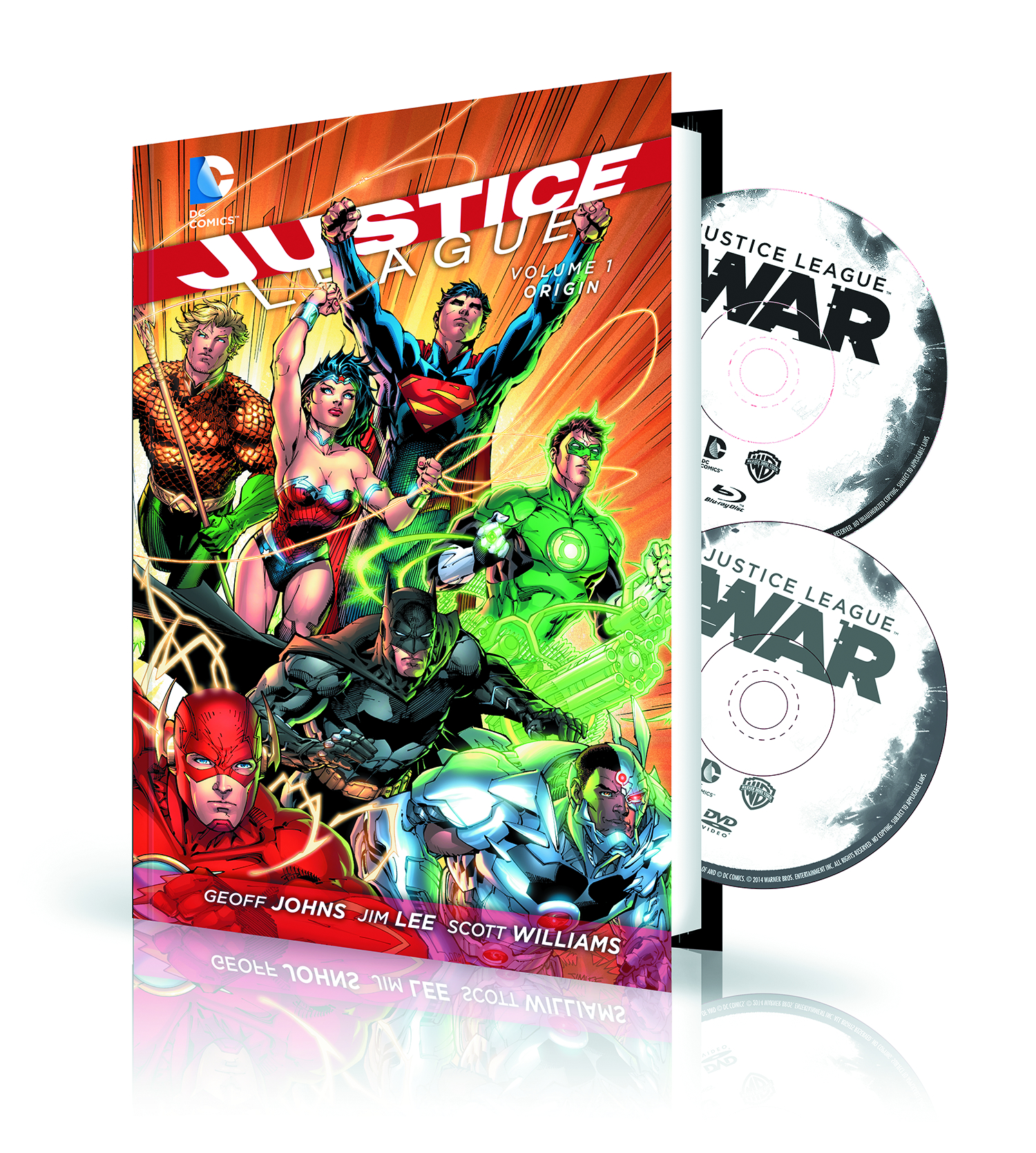 JUN150281
(W) Geoff Johns (A/CA) Jim Lee, Scott Williams
In a universe where super heroes are strange and new, Batman has discovered a dark evil that requires him to unite the World's Greatest Heroes! Superman, Batman, Wonder Woman, Green Lantern, Aquaman, The Flash and Cyborg unite for the first time to form the JUSTICE LEAGUE in these stories from issues #1-5 of the smash-hit series! Included with this volume is the animated movie JUSTICE LEAGUE: WAR on Blu-Ray and DVD discs, bringing Geoff Johns and Jim Lee's epic story to the screen. Read the book, watch the movie!
In Shops: Mar 09, 2016
SRP: PI
ORDER WISH LIST