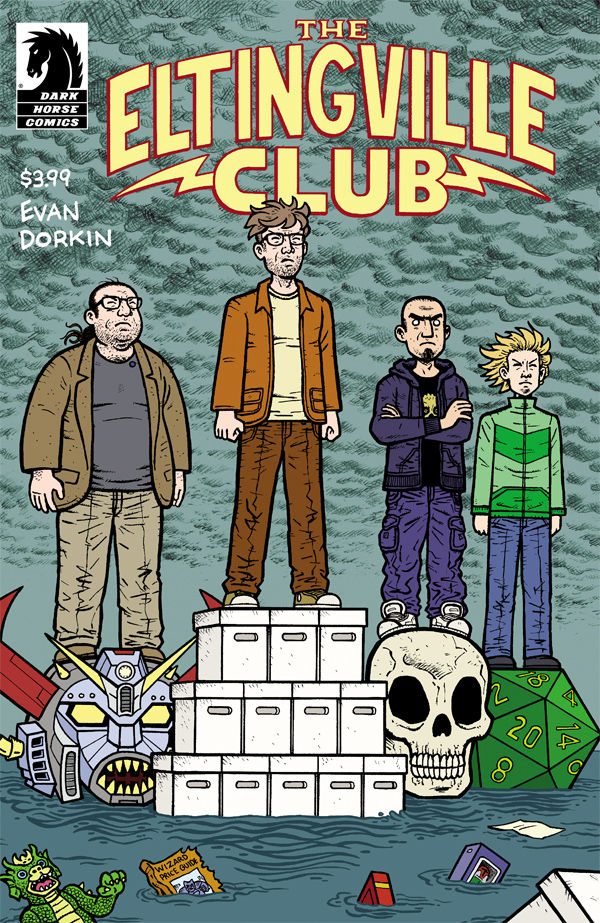 JUN150051
(W) Evan Dorkin (A/CA) Evan Dorkin
This is it! The final meeting of the Eltingville Comic Book, Science-Fiction, Horror, Fantasy, and Role-Playing Club! Ten years after the club's breakup, Bill, Josh, Pete, and Jerry unexpectedly reunite at the San Diego Comic-Con. Can the biggest fan event of the year survive a decade of pent-up nerd rage?
In Shops: Aug 12, 2015
SRP: $3.99
View All Items In This Series