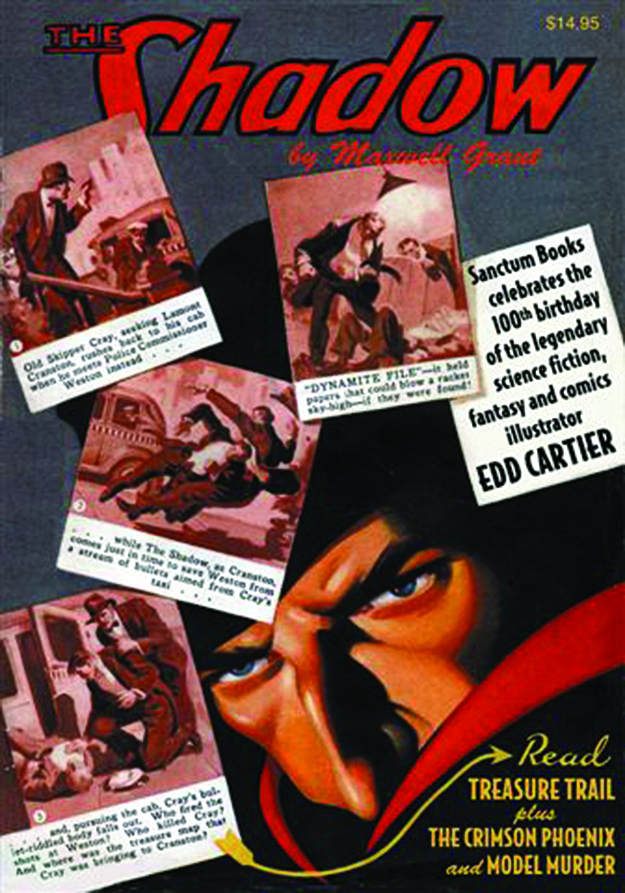 JUN141674
(W) Maxwell Grant, Walter B. Gibson, Will Murray, Anthony Tollin, Bruce Elliot, Ted Tinsley, Phil Foglio, Dean Cartier (A) Edd Cartier (CA) George Rozen
Sanctum Books commemorates the 100th birthday of acclaimed science fiction/fantasy illustrator Edd Cartier in its biggest volume ever, with tales by each of The Shadow's three Maxwell Grants! First, the Knight of Darkness follows an old sea captain's "Treasure Trail" on a deadly path to uncover the sunken wealth from a Spanish galleon in a thriller by Walter B. Gibson! Then, "The Crimson Phoenix" entangles The Shadow in a poisonous net of international intrigue in a Theodore Tinsley novel that foreshadowed Japan's surprise attack on Pearl Harbor. Finally, Lamont Cranston investigates a grisly "Model Murder" in a tale by Bruce Elliott. Plus, a rare Edd Cartier classic from the Golden Age of Comics!
In Shops: Aug 13, 2014
SRP: $14.95
View All Items In This Series
ORDER SUBSCRIBE WISH LIST