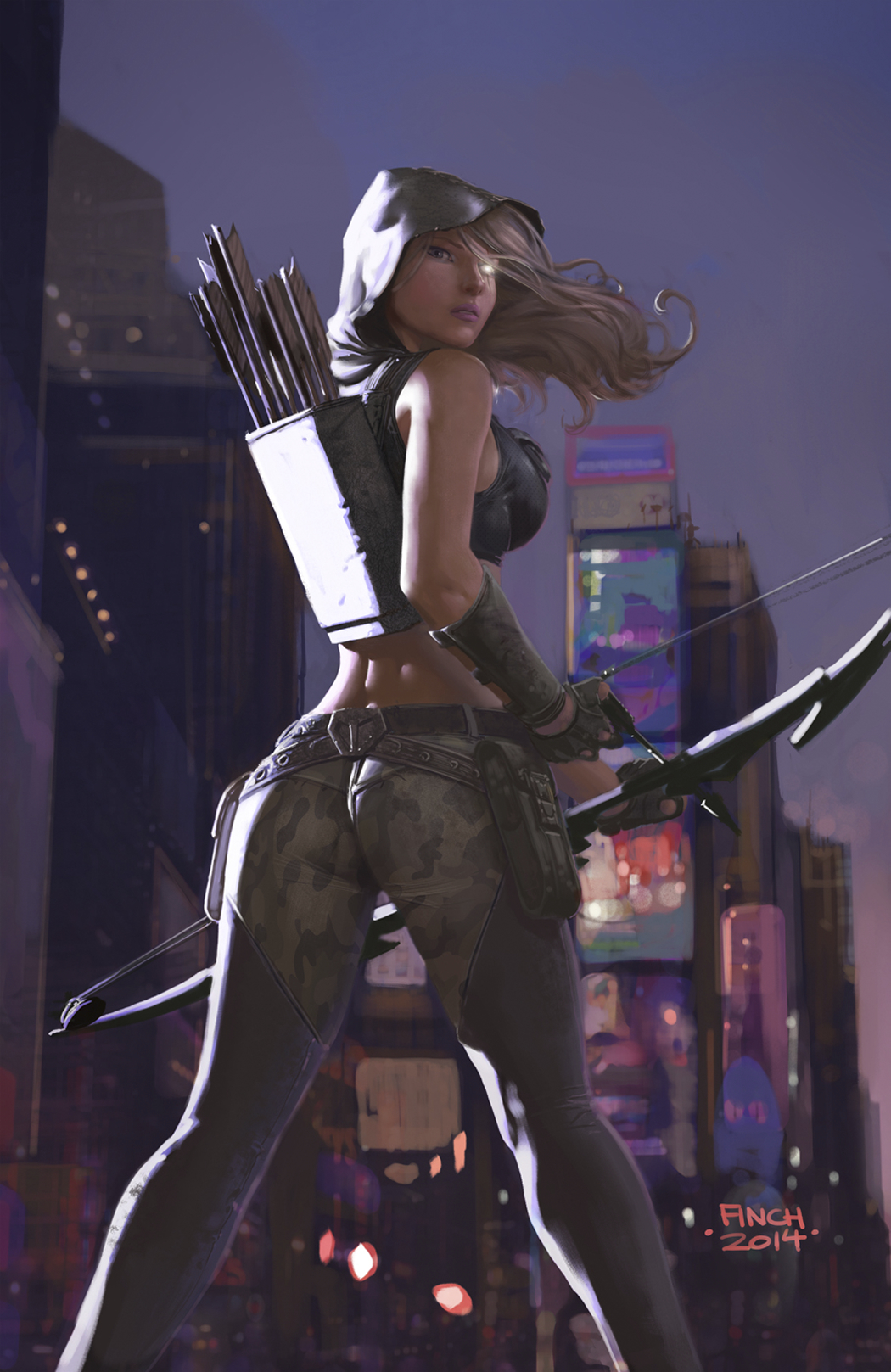 The most badass archer in comics is back in a brand new ongoing series! From drug lords to corrupt bankers to the things that go bump in the night, no evils that plague the streets will be safe when Robyn Locksley sets up shop as a private detective in New York City.

While Robyn settles into her new life, the Cabal, a collective of mysterious and powerful individuals, sets their sights on bringing down the hooded heroine, who will face the biggest threat of her life.
"A genius modern reconstruction of the Robin Hood Tale." -The Pulbox
"Robyn Hood continues to be one of the best female-starred books on the stands." -Unleash the Fanboy
In Shops: Aug 20, 2014
SRP: $2.99
View All Items In This Series
ORDER WISH LIST