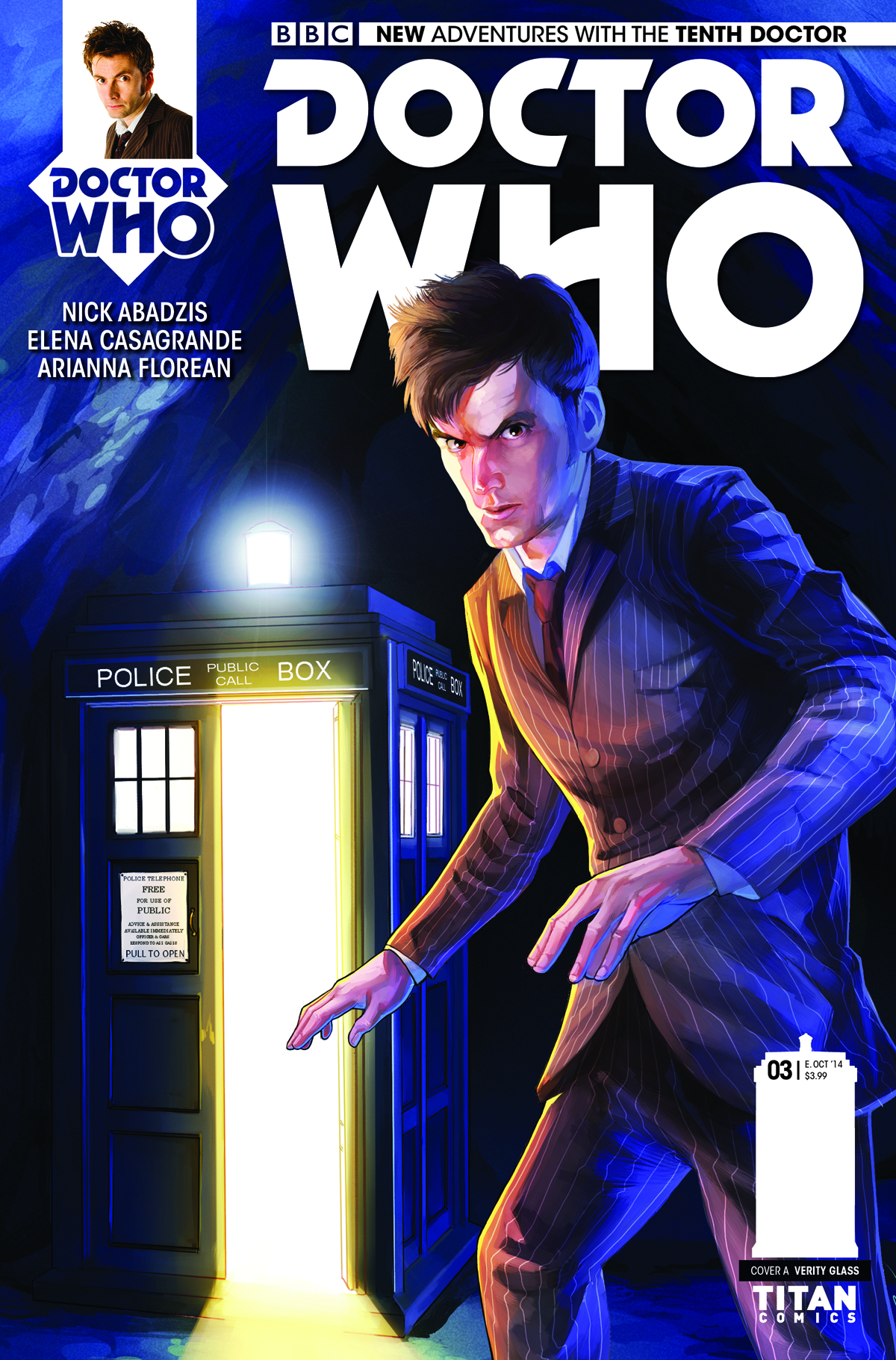 JUN141421
(W) Nick Abadzis (A) Elena Casagrande (CA) Verity Glass
The Tenth Doctor faces emotional armageddon in New York! Torn between the homeworld of vicious psychic parasites, and the worsening chaos in Sunset Park, the Doctor must battle through his worst nightmares in order to save the lives of everyone in New York - and the world! His sole ally, if she's strong enough to withstand the aliens' psychic predations? Gabriella Gonzalez! With the help of a trusty Sonic Screwdriver and a frustrated Mexican-American artist, trapped in her father's Laundromat, can the Doctor defeat the ultimate bad spirits?
In Shops: Oct 08, 2014
SRP: $3.99
View All Items In This Series