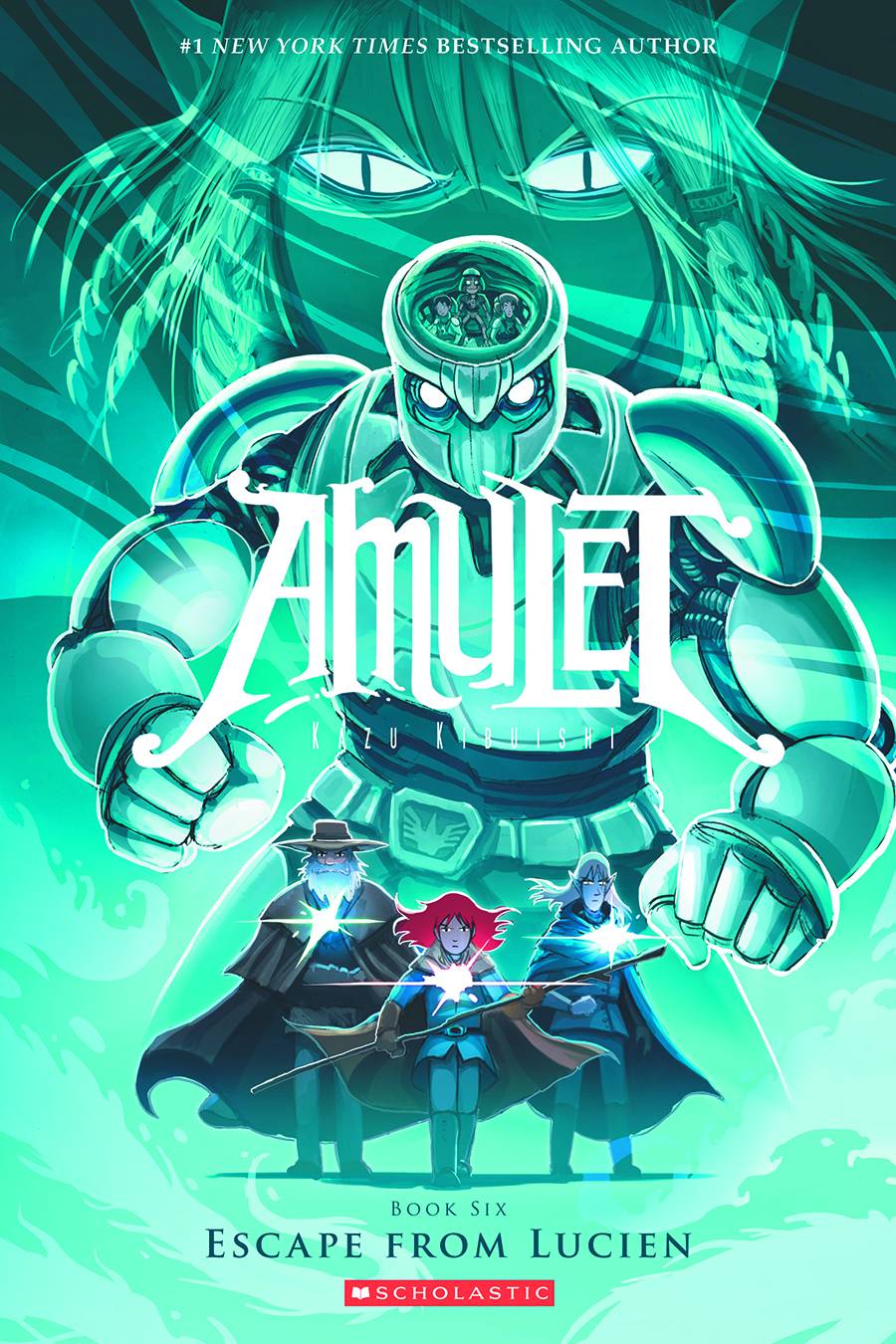 #
JUN141273
(W) Kazu Kibuishi (A/CA) Kazu Kibuishi
Kazu Kibuishi's bestselling series continues! Emily, Navin, and their friends continue to battle the Elf King in hopes of destroying him forever, but one of his most loyal followers, Max, isn't making it easy for them. The crew journeys to Lucien, a city that's been ravaged by the war. Emily has more enemies there than she realizes - and it'll take everything she's got to get herself and her friends out of the city alive.
In Shops: Aug 20, 2014
SRP: $12.99
View All Items In This Series