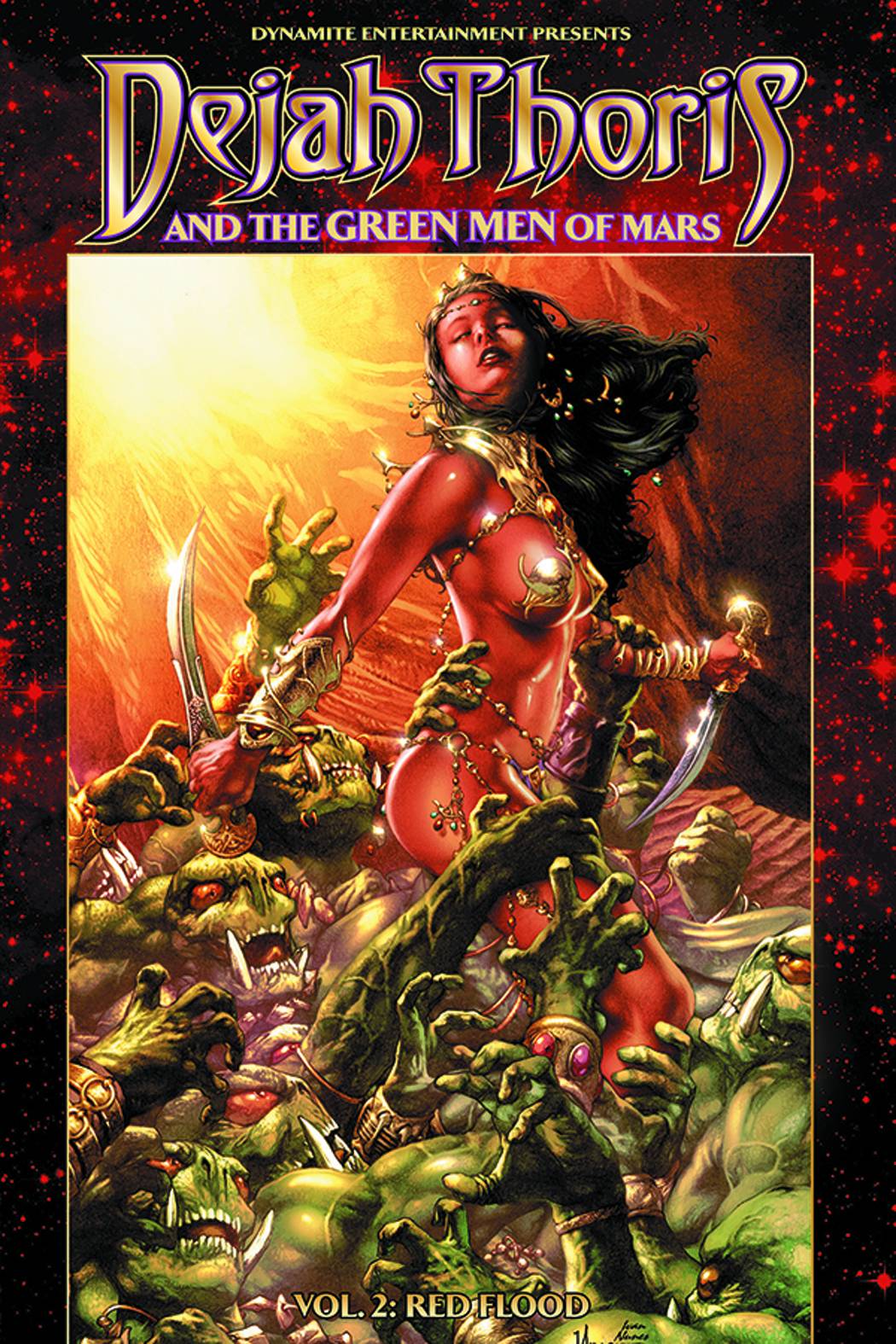 #
JUN141132
(W) Mark Rahner (A) Lui Antonio (CA) Jay Anacleto
Dejah Thoris has survived a horrific ordeal at the hands of the ravenous Thark, Voro. Now in hiding and mutilated, Voro is behind a terror campaign that threatens to destroy the peace that John Carter brought to red and green inhabitants of Barsoom. The violent Green Martian dreams of the streets of Helium flowing with the blood of its people. Traumatized, isolated, and fighting eons of race hatred, Dejah Thoris must stop the villain's red flood!
Collects issues #5-8 of Dejah Thoris & the Green Men of Mars.
In Shops: Aug 13, 2014
SRP: $16.99
View All Items In This Series
ORDER WISH LIST