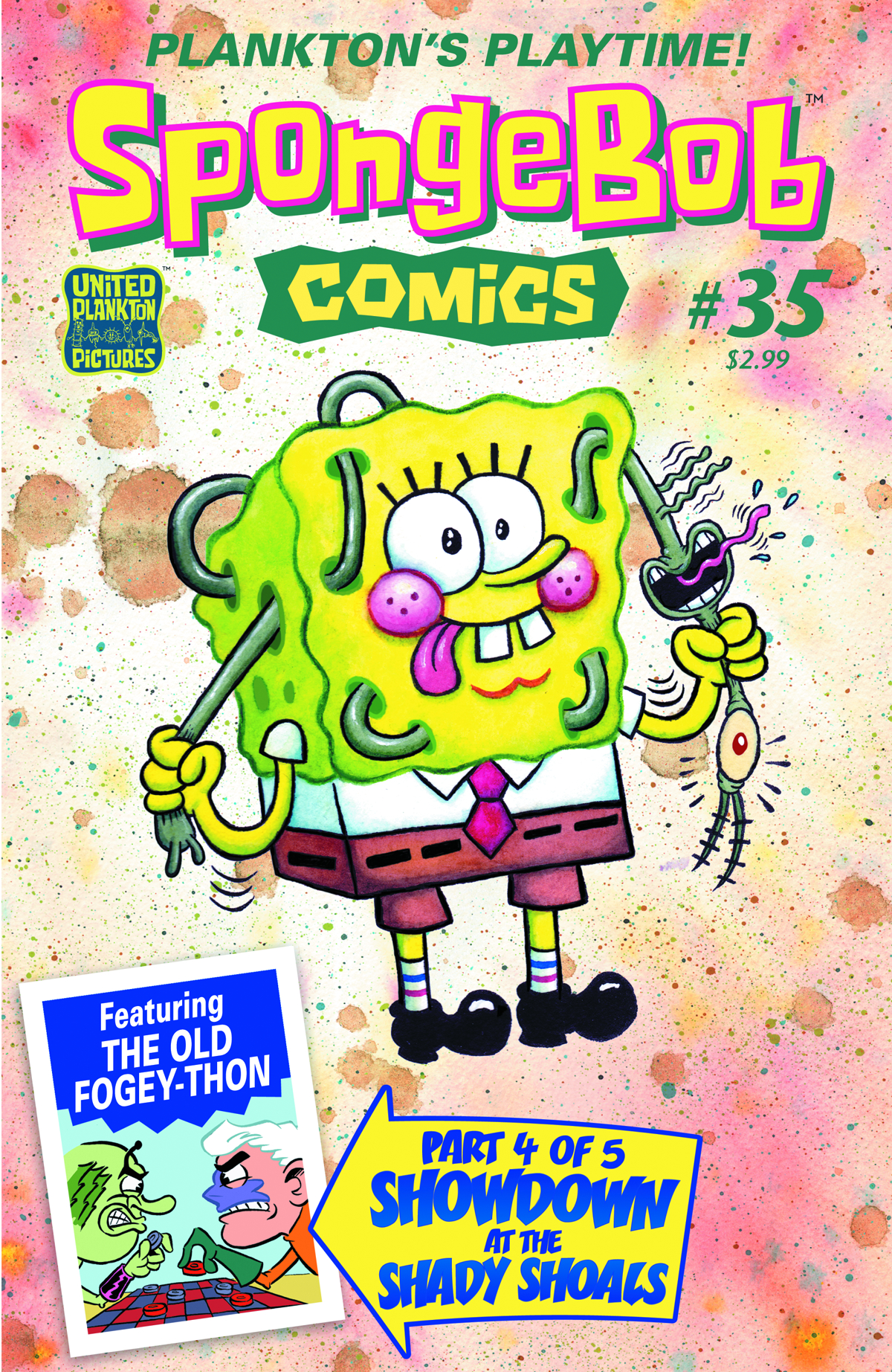 JUN140930
(W) Dave DeGrand, Derek Drymon, Chuck Dixon (A) Derek Drymon, Scott Roberts (A/CA) Dave DeGrand
First, in "Plankton's Playtime," that tiny terror joins SpongeBob and Patrick for game night...and Plankton will wish he'd stayed at the Chum Bucket! Then in part 4 of the epic "Showdown at the Shady Shoals," it's a lie-down, passed-out battle of the geriatric underwater superheroes; Mermaid Man and sea king Viro Reganto compete in the Old Fogeython winner-take-all - all the oatmeal! And in "Stupid Patrick," SpongeBob worries that Patrick's new friends just like him because he's so dumb! All this plus "Flotsam and Jetsam" by Maris Wicks and "SpongeFunnies" by James Kochalka equals United Plankton's usual mix of strange, soggy, and silly!
In Shops: Aug 13, 2014
SRP: $2.99
View All Items In This Series