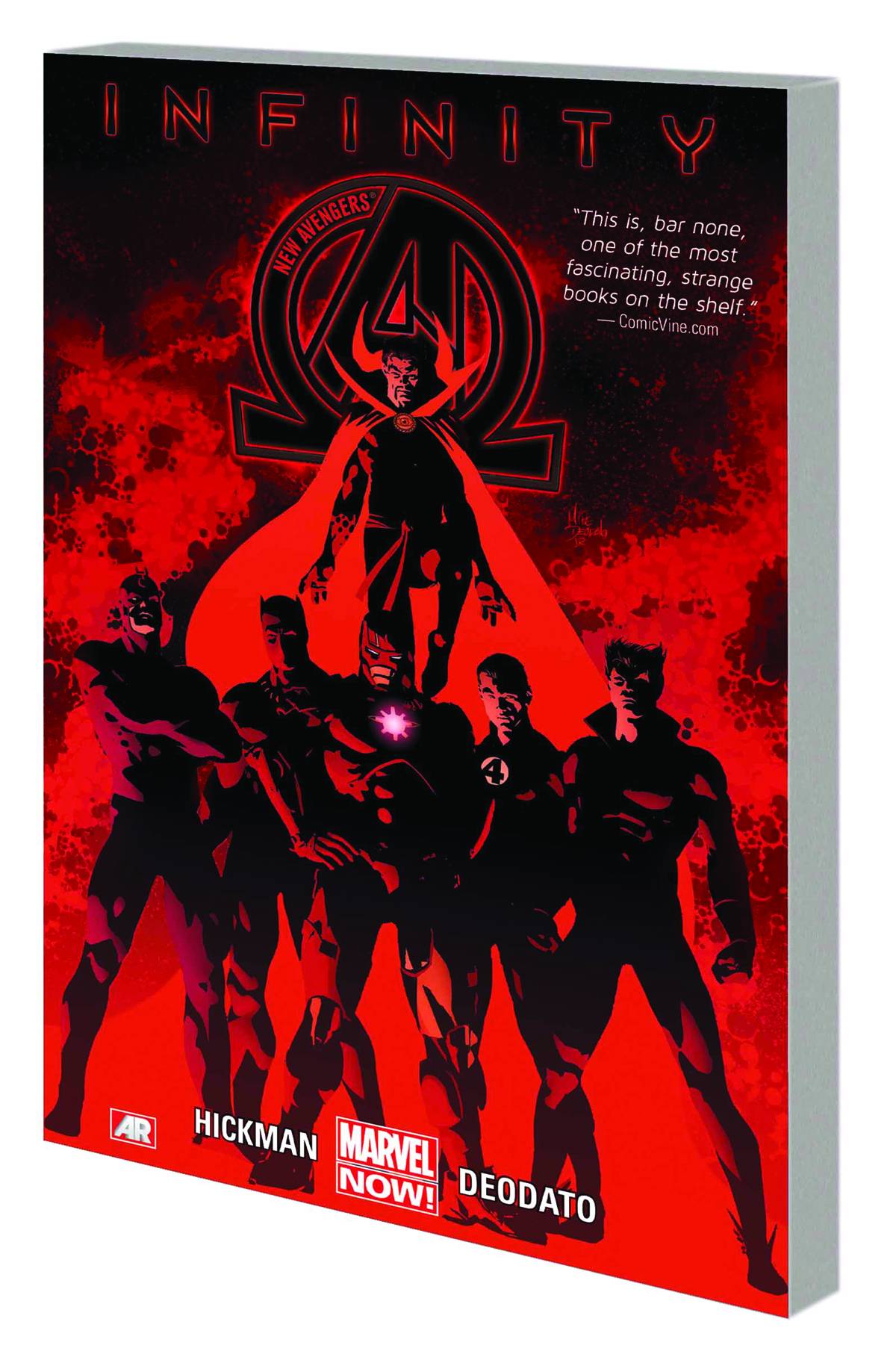 #
JUN140740
(W) Jonathan Hickman (A/CA) Mike Deodato
The battle for Earth continues! As the Avengers wage all-out war against a cosmic invasion force in space, the cold war between Wakanda and Atlantis heats up into a full-scale conflict on Earth. Casualties begin to mount, and one of the Illuminati is forced to make a hard choice. But when an Inhuman learns of the Illuminati's plans, everything falls apart - and the House of Black Bolt finally cracks as the Illuminati take to the front lines to oppose the mad Titan Thanos' invasion of Earth! How is Maximus the Mad involved, and what secret desires does Thanos harbor? Collecting NEW AVENGERS (2013) #7-12.
In Shops: Sep 10, 2014
SRP: $19.99
View All Items In This Series
ORDER WISH LIST