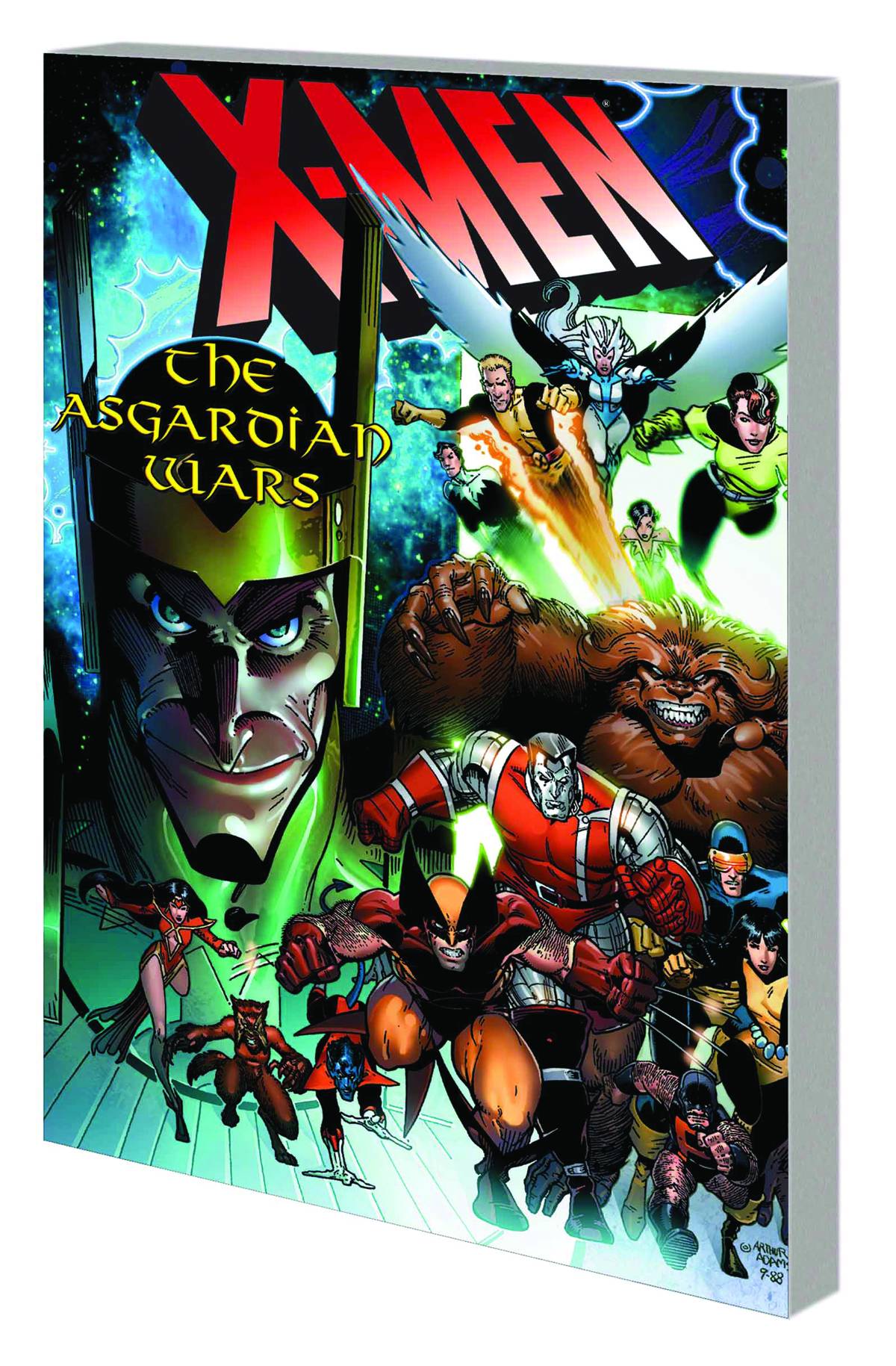 #
JUN140738
(W) Chris Claremont (A) Paul Smith (A/CA) Arthur Adams
The X-Men take on Loki, god of mischief! In the Arctic Circle, Alpha Flight and the X-Men discover a power that could save the world - but are they willing to pay the terrible price? Is Loki truly trying to give Earth a godly boon, or are his motives darker than the heroes dare dream? And when the X-Men incur Loki's wrath, it's the novice New Mutants who take the fall...and rise to Asgard! The X-Men ride to the rescue, but what if the New Mutants don't want to go home? And as Storm falls under Loki's sway, Magik is ensorcelled by the Enchantress, and Mirage has a fateful encounter with the Valkyrie, can even the mightiest mutants survive the magic of myth? Collecting X-MEN & ALPHA FLIGHT (1995) #1-2, NEW MUTANTS SPECIAL EDITION #1 and X-MEN ANNUAL (1970) #9.
In Shops: Sep 10, 2014
SRP: $29.99
ORDER WISH LIST