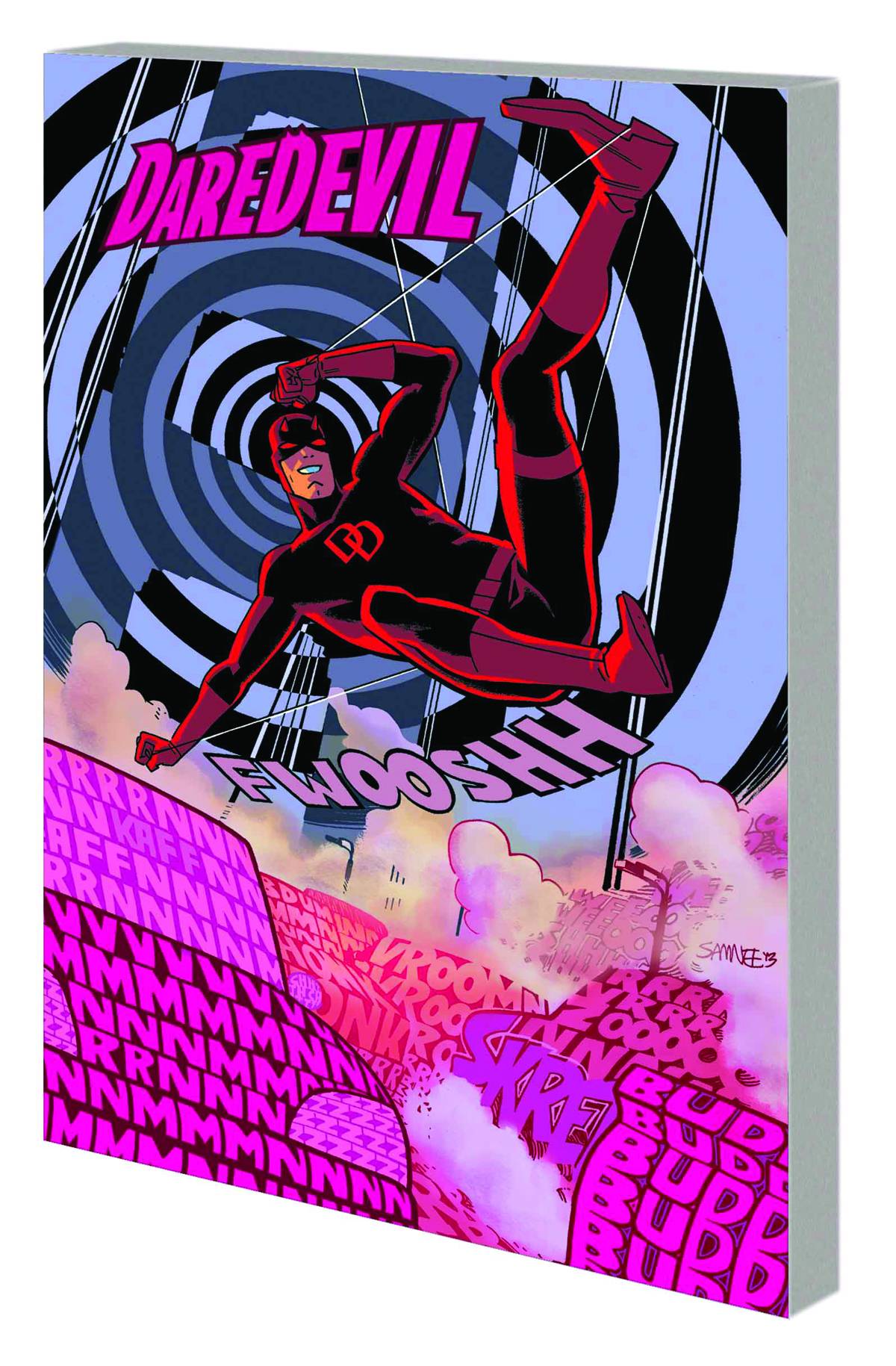 #
JUN140733
(W) Mark Waid (A) Javier Rodriguez (A/CA) Chris Samnee
Marvel's fearless hero begins his most awe-inspiring adventure yet in sunny San Francisco! Daredevil has headed West, and he now protects the Golden City's streets from evil - both as a costumed hero and as blind lawyer Matt Murdock! But big changes are in store for Matt as old haunts and familiar faces rise to give the devil his due. The Owl is back, and he isn't working alone. But old enemies are small potatoes compared to Matt's new "friend": the would-be hero known as the Shroud! As one of DD's oldest enemies is permanently redefined, deadlier than ever, Kirsten and Matt find themselves sharing a volatile secret. But who will crack first? Plus: What killed Foggy Nelson? Also featuring a special look into the future, celebrating DD's fiftieth anniversary with cryptic hints at what's to come! Collecting DAREDEVIL (2014) #1-5, #1.50 and #0.1.
In Shops: Oct 15, 2014
SRP: $17.99
View All Items In This Series
ORDER WISH LIST