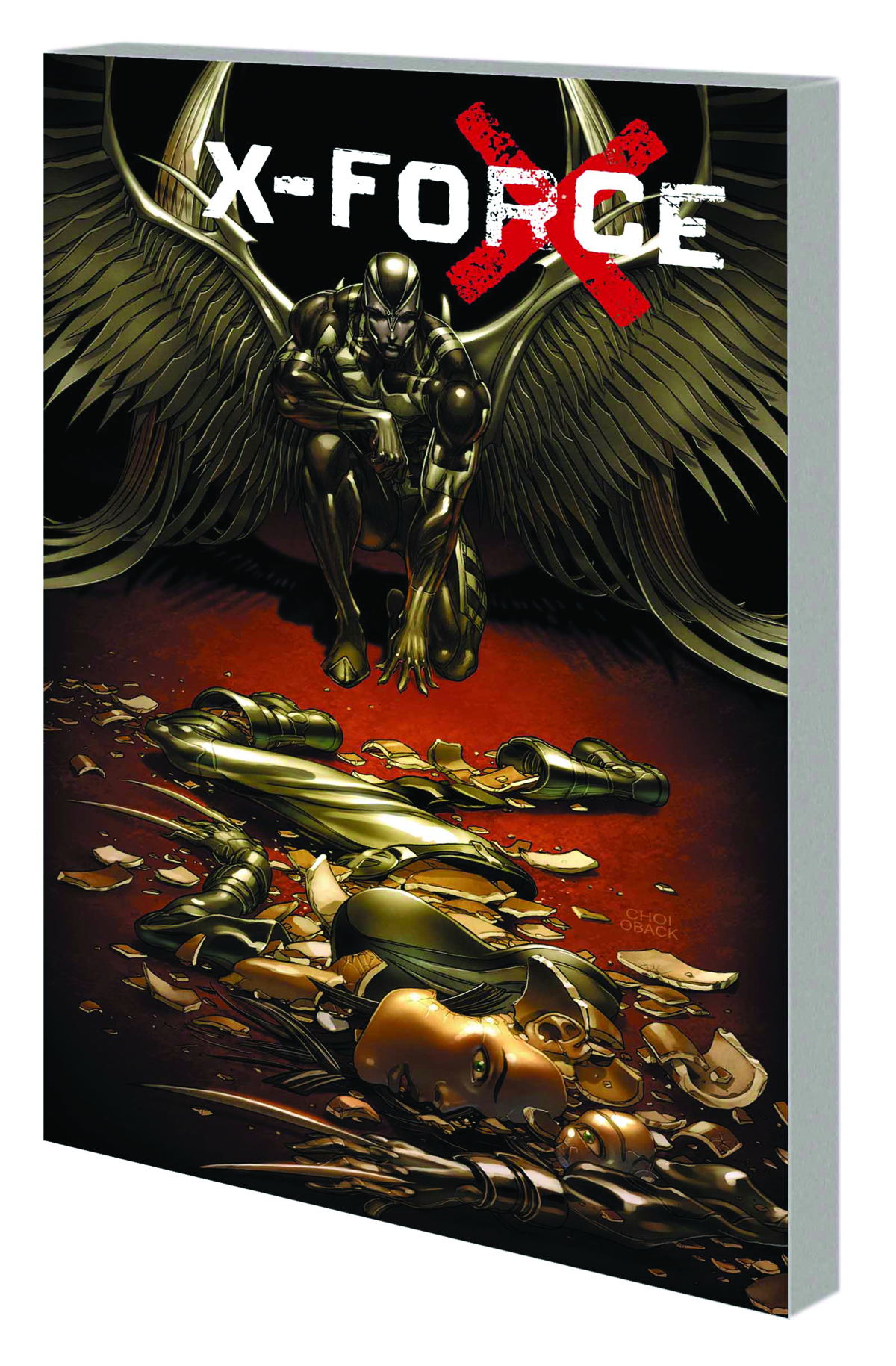 JUN140732
(W) Craig Kyle, Christopher Yost (A) Various (CA) Mike Choi
X-Force returns from the future, but as they race to defuse the Leper Queen and the Sapien League's plot, X-23 is captured by the Facility! Now, her only hope is S.H.I.E.L.D. agent Morales - but can either of them survive against Kimura, the one foe X-23 has never beaten? Meanwhile, Wolfsbane is reunited with X-Force - just as Selene's forces descend on Utopia! X-Force fights an unsettling battle against Selene's army of undead mutants, including former teammate Caliban and Warpath's brother, Thunderbird! Can the team obtain the one weapon capable of stopping Selene in time? And when the Assassin's Guild targets Wolverine and Domino, the two heroes must face a murderer's row of villains - while insanely distracted by each other! Collecting X-FORCE (2008) #17-25, X-NECROSHA: THE GATHERING, X-FORCE: SEX & VIOLENCE #1-3 and material from X-NECROSHA and X-FORCE ANNUAL (2010) #1.
In Shops: Aug 27, 2014
SRP: $39.99
View All Items In This Series
ORDER WISH LIST