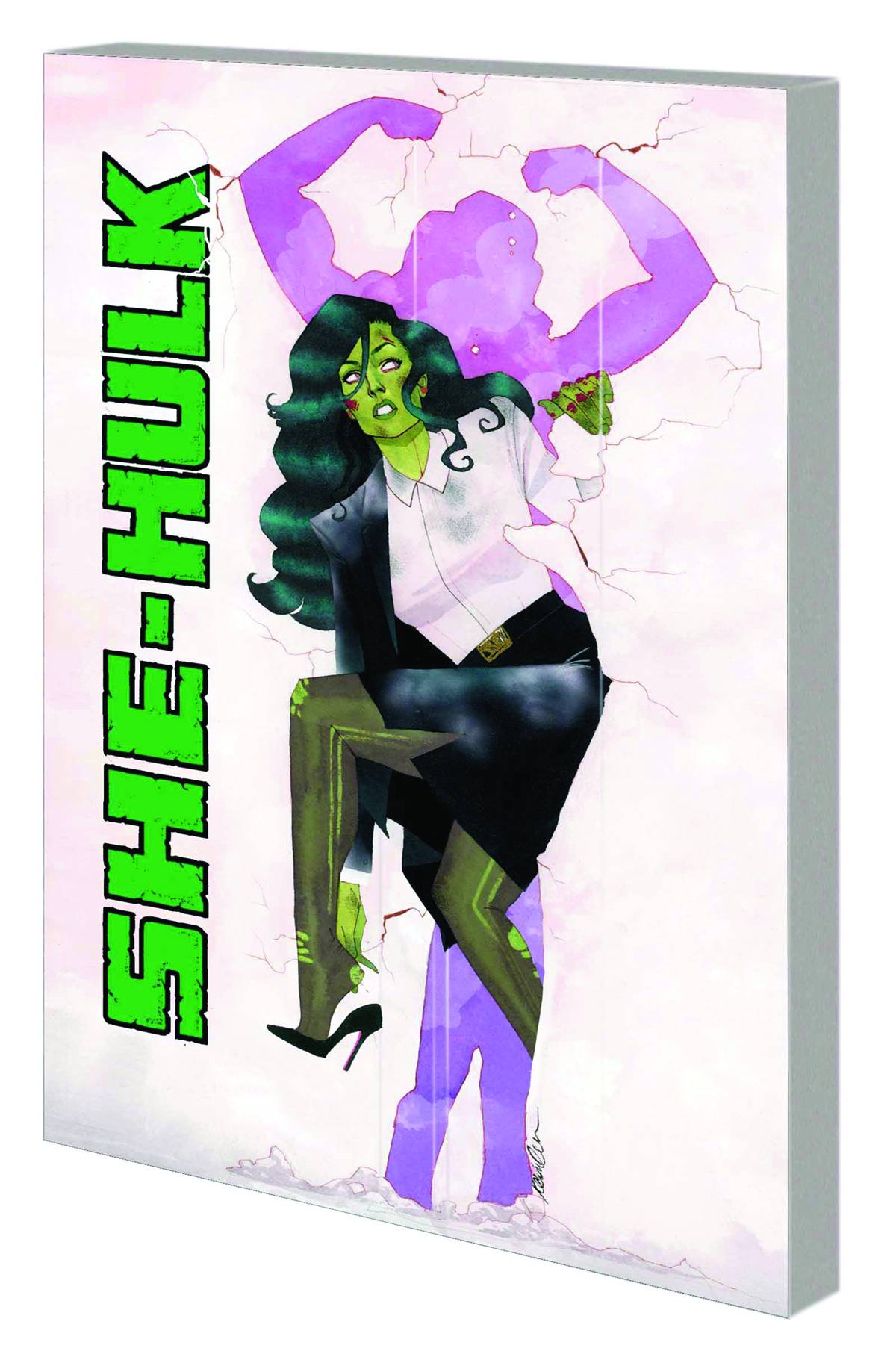 #
JUN140728
(W) Charles Soule (A) Javier Pulido, Ronald Wimberly (CA) Kevin Wada
Jennifer Walters is the She-Hulk! A stalwart member of the Avengers and FF, she's also a killer attorney with a pile of degrees and professional respect. But juggling cases and kicking bad guy butt is a little more complicated than she anticipated. With a new practice, a new paralegal and a mounting number of super villains she's racking up as personal enemies, She Hulk might have bitten off more than she can chew! When Kristoff Vernard, the son of Victor Von Doom, seeks extradition, it's an international jailbreak, She-Hulk-style! Then, She-Hulk and Hellcat must uncover the secrets of the Blue File - a conspiracy that touches the entire Marvel Universe! And when someone important to She-Hulk is killed, and won't let it stand - but who can she trust? She-Hulk takes on her most terrifying role yet: defendant! Collecting SHE-HULK (2014) #1-6.
In Shops: Oct 08, 2014
SRP: $15.99
View All Items In This Series
ORDER WISH LIST