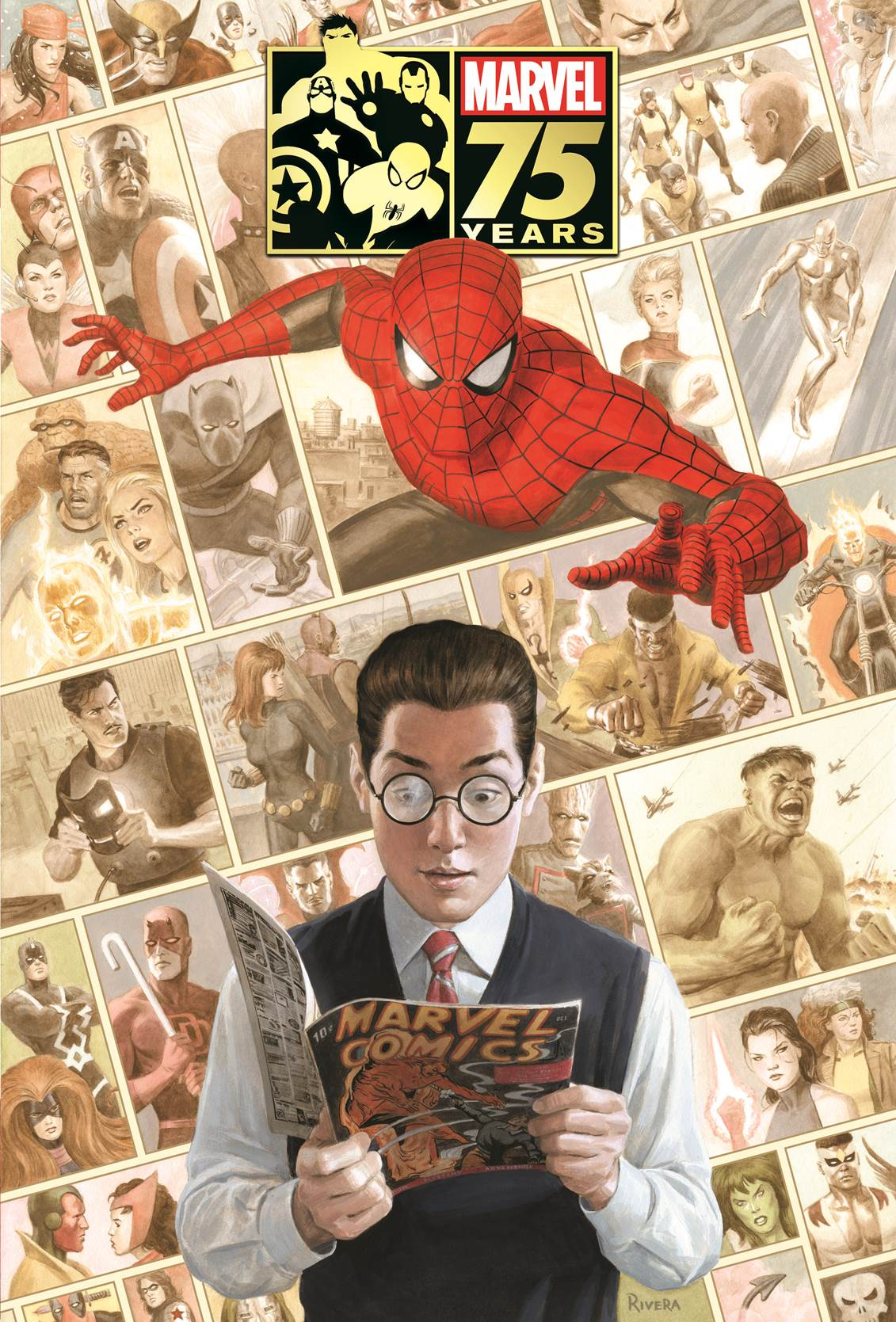 JUN140715
(W) Various (A) Various (CA) TBD
In late 1939, the fledgling Timely Comics published MARVEL COMICS #1 - introducing the Human Torch, Sub-Mariner and more to an unsuspecting populace. Seventy-five years later, Marvel Comics has become a world-renowned multimedia empire, home to some of the most recognizable and beloved fictional characters ever known. Now, the cream of the crop is presented in one deluxe, oversized hardcover! That's right, it's the best of the best from Marvel's 75-year publishing history - from the Golden Age to Marvel NOW! - as chosen by you, the loyal fans! So face front, True Believers, and prepare to relive 75 years of greatness as only Mighty Marvel could do it!
In Shops: Nov 05, 2014
SRP: $99.99
ORDER WISH LIST