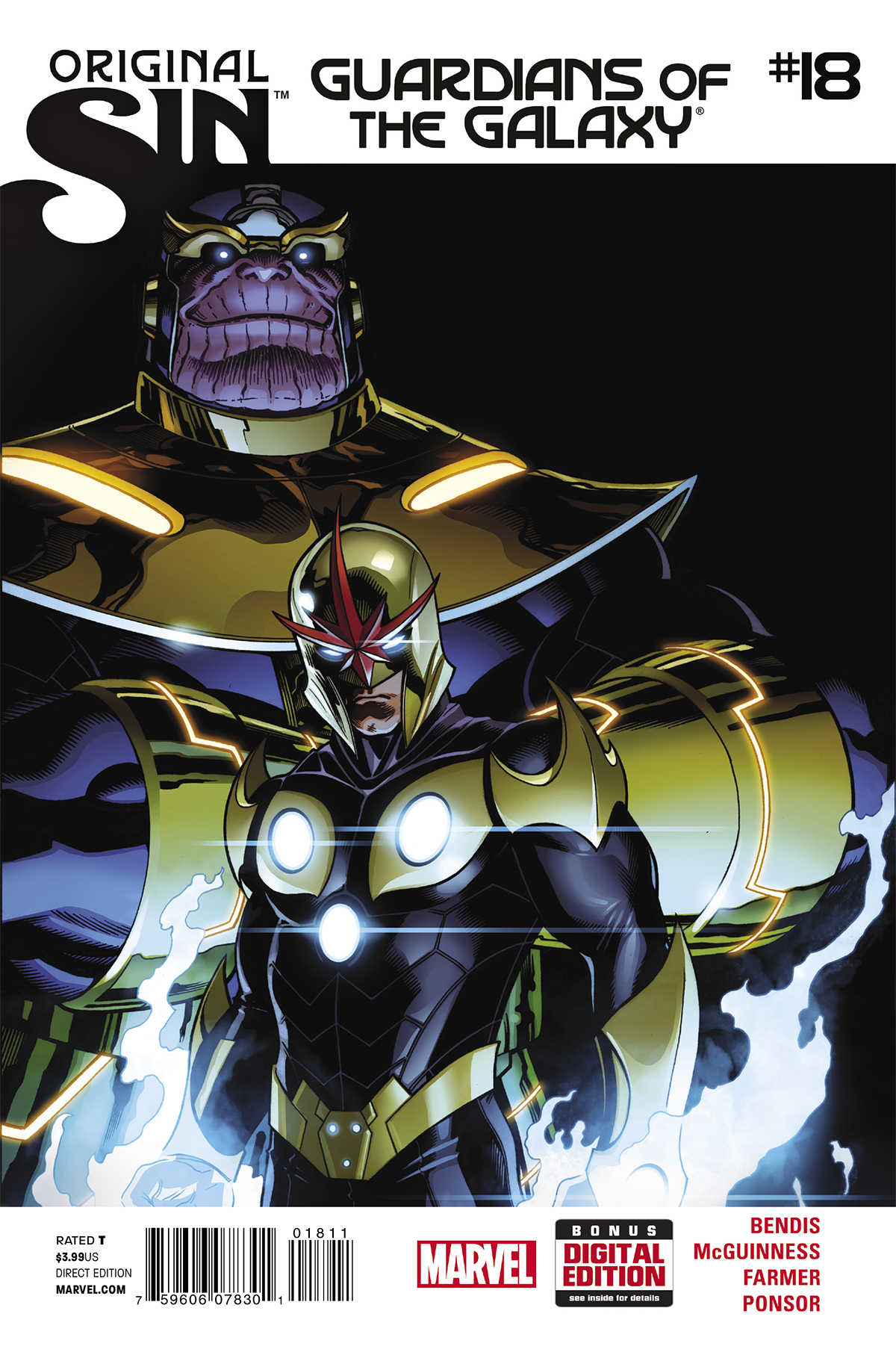 JUN140622
(W) Brian Michael Bendis (A/CA) Ed McGuinness, Mark Farmer
Original Sin Tie-In!
Nova, the Human Rocket - who once burned a bright streak across the Marvel Universe, gone in a flash. Side-by-side with Star-Lord, Richard Rider fought valiantly to save the universe from Thanos. Left sealed in a twisted and horrific version of our own universe, Richard Rider sacrificed everything to save us.
Now, the truth of that sacrifice will finally come to light! Thanos and Star-Lord miraculously reappeared, but Nova was nowhere to be found. The true story about what happened has remained a closely guarded secret between two bitter enemies. Now, thanks to the events of Original Sin, the truth is about to come out!  What happened to Rich Rider in the Cancerverse? How did Star-Lord and Thanos escape their hellish imprisonment?  And most importantly, why did they lie about it?
In Shops: Aug 27, 2014
SRP: $3.99
View All Items In This Series