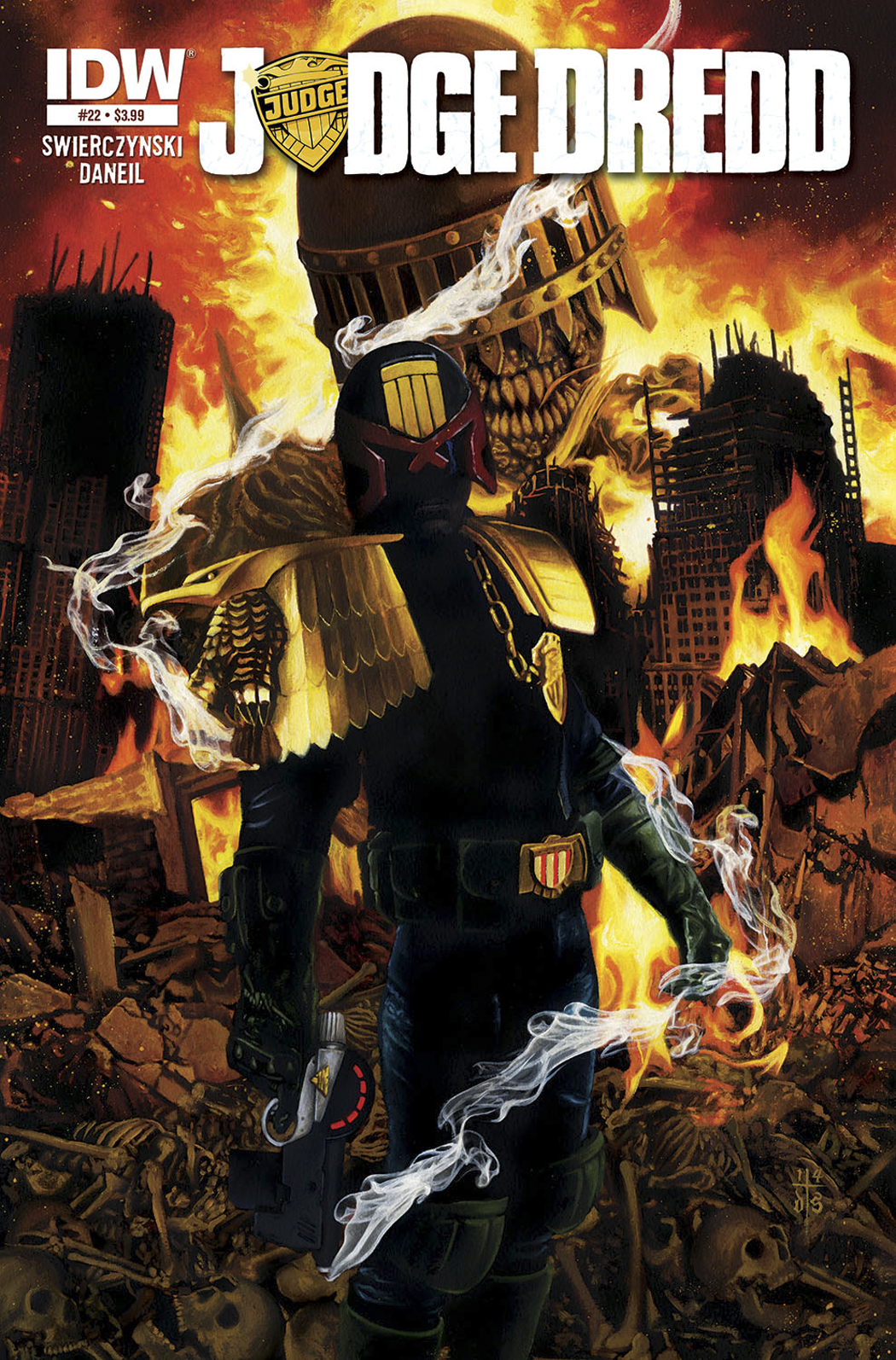 JUN140364
(W) Duane Swierczynski (A) Stephen Scott (CA) Nelson Daniel
"Black Light District, part 1"-The area formerly known as Sector One has been sealed off from the rest of Mega-City One-locking the Dark Judges in, but also keeping most of the Justice Department out! The only man who can cross the border is Judge Dredd, so it's up to him to single-handedly rescue the Chief Justice and the Council of Five, who are trapped inside and fighting for their survival. Meanwhile, there's a new Acting Chief Justice, and he's got a whole lot of "reform" in mind...
You've never seen Mega-City One like this before. Step inside before it's too late...
In Shops: Aug 20, 2014
SRP: $3.99
View All Items In This Series
ORDER WISH LIST