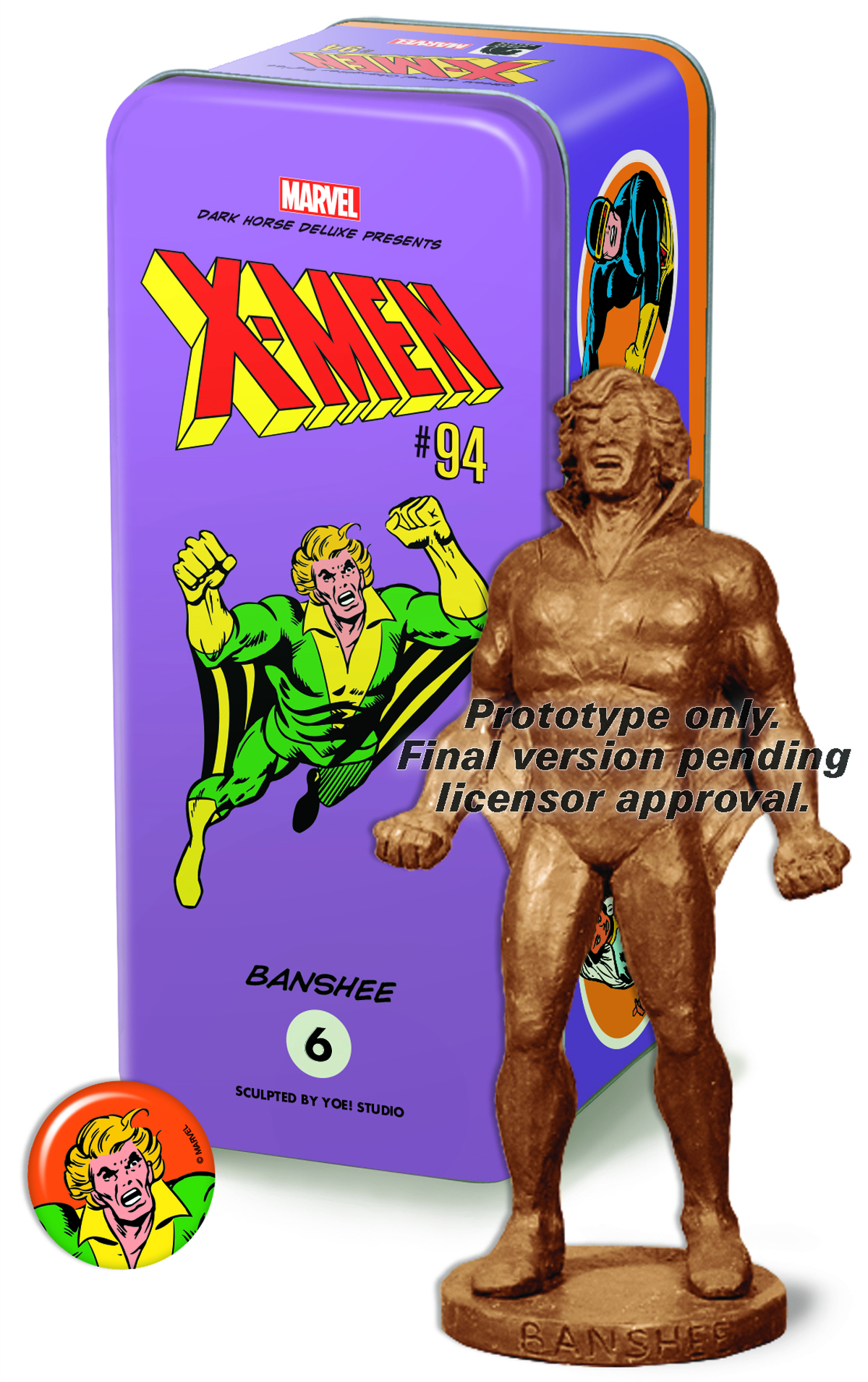 JUN140086
Banshee first appeared in X-Men #28 in 1967. He was an adversary to the X-Men under coercion, but soon befriended the team and eventually appeared as a member of the X-Men in Giant-Size X-Men #1, continuing in X-Men #94, which we are honoring with a limited-edition set of 1930s-inspired collectible statuettes.