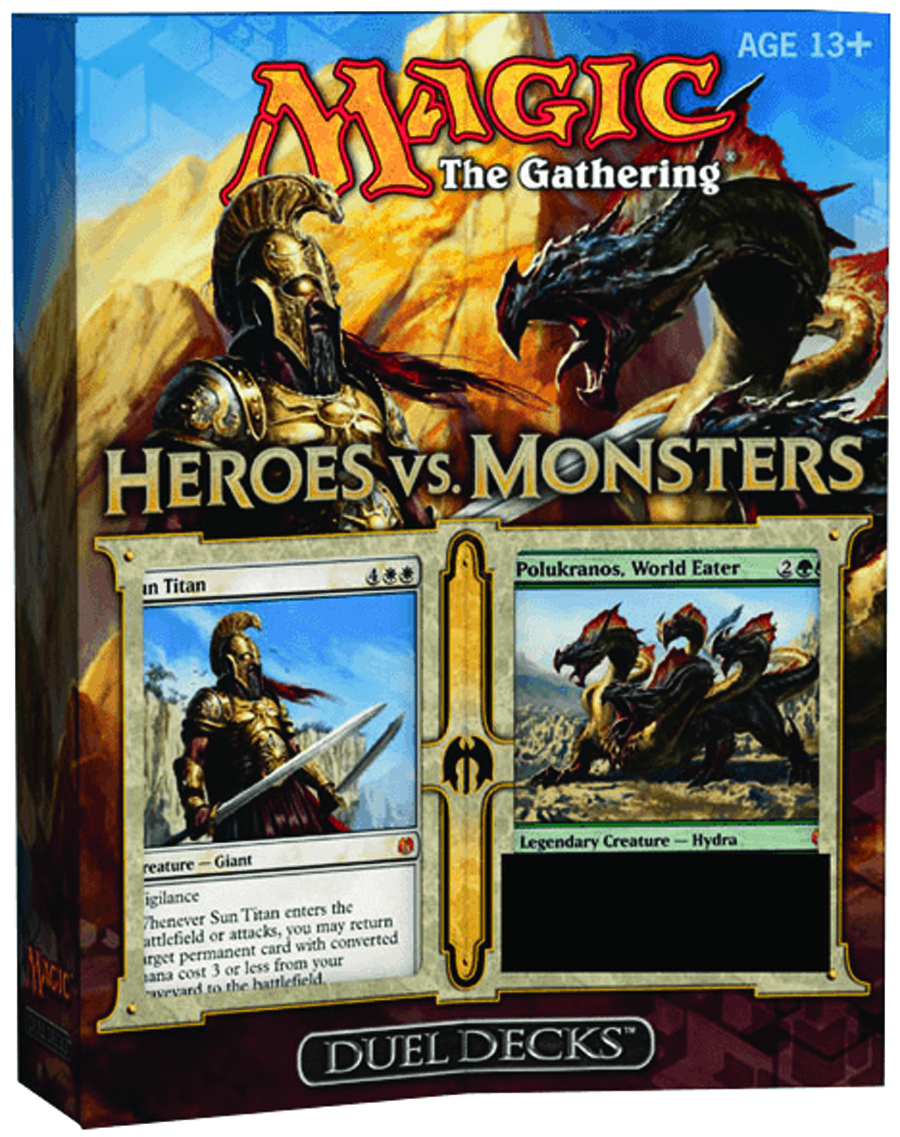 JUN138373
From Wizards of the Coast. Duel Decks are a great way for two players to experience the thrill of Magic: The Gathering® by facing off against each other with decks that contain some of the best cards in Magic history. Heroes vs. Monsters lets players experience the eternal conflict between mighty heroes and terrifying monstrosities. Catch a glimpse into the world of Theros ! Heroes vs. Monsters offers players the very first chance to play with brand new cards from the upcoming Magic expansion - Theros. Six new cards from Theros are inside, including the jaw-dropping legendary hydra; Polukranos, World Eater. These two ready-to-play 60-card decks include ten rare cards and two mythic rare cards: foil alternate art versions of Sun Titan and Polukranos, World Eater. In addition, there are seven other cards carefully selected from past Magic sets that appear with never-before-printed artwork. Scheduled in stores 09/11/13. (910)