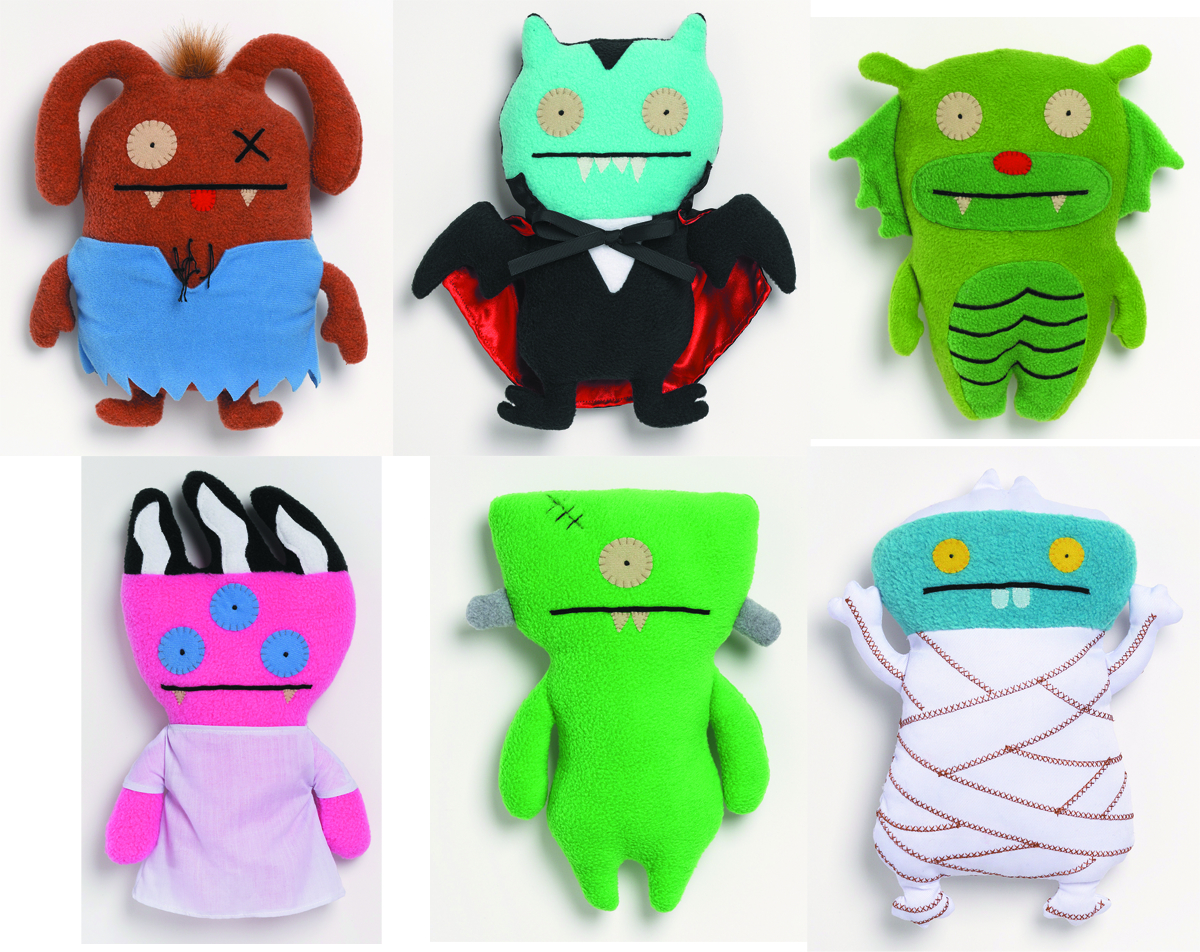 JUN131955
Dracula. The Frankenstein Monster. The Bride. The Wolfman. The Creature from the Black Lagoon. The Mummy. Everyone knows these creatures as the Universal Monsters, and the vintage black-and-white movies in which they starred over half a century ago have stood the test of time. David Horvath and Sun-Min Kim's Uglydolls show off their love for the Universal Monsters! Dressed like the most popular Universal Monsters, Ice-Bat (as Dracula), Tray (as the Bride), Wedge-head (as the Frankenstein Monster), Big Toe (as the Creature), Ox (as the Wolfman), and Babo (as the Mummy) are adorable as 11" plushes!
In Shops: Oct 09, 2013
SRP: $20.00
ORDER WISH LIST