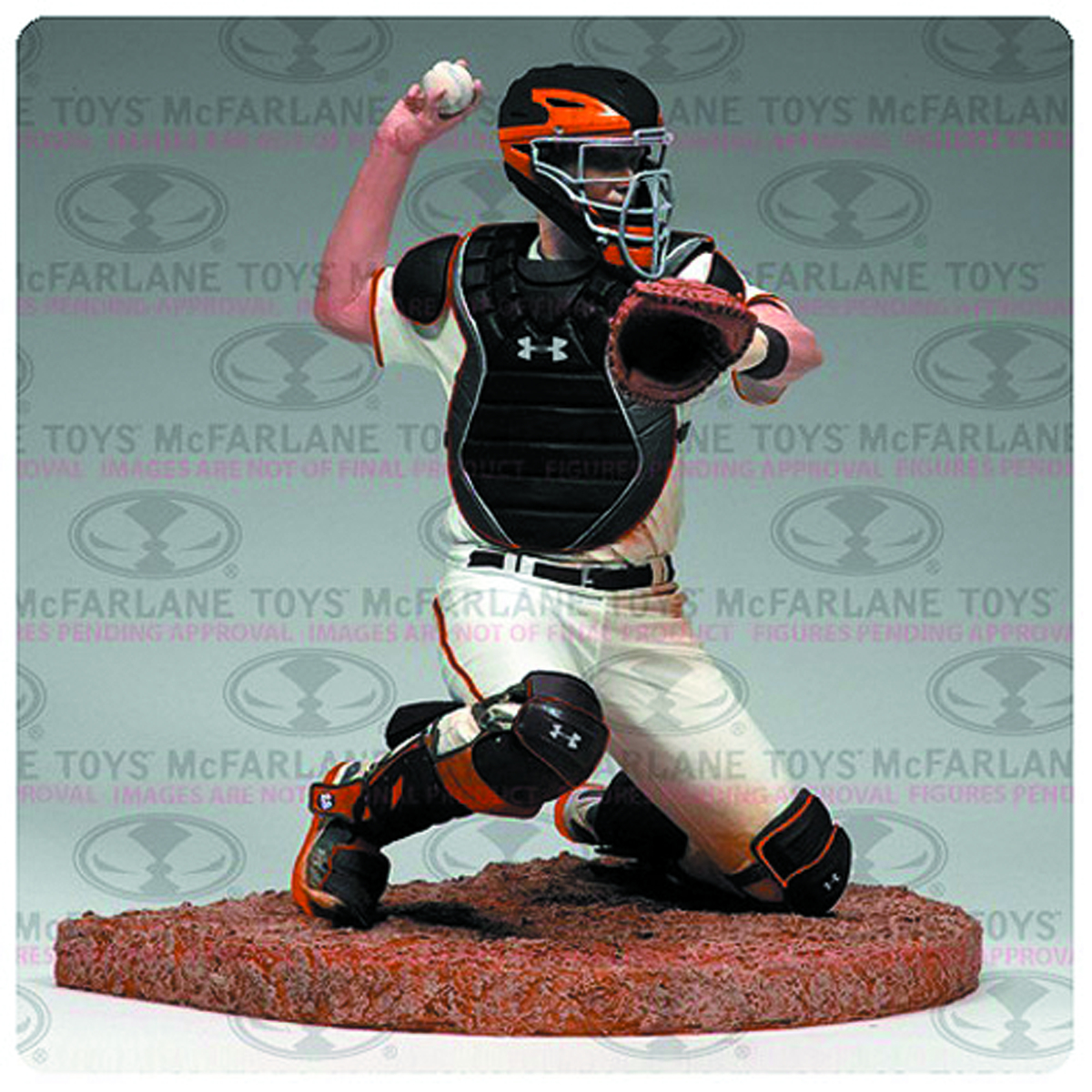 JUN131930
Buster Posey's trophy case includes an NL Rookie of the Year, an NL MVP, a 2012 Batting title, and 2 World Series rings. Josh Hamilton was the biggest prize in this past off-season's free agency, and for the second straight year it was the Los Angeles Angels of Anaheim who reeled in the biggest bat on the market. These all-stars return to McFarlane Toy's MLB line-up with all-new sculpts. Posey is behind the plate, wearing his home uniform and is the firsttime McFarlane Toys has created an All-Star brand hockey style catcher's helmet, while Hamilton is in an all-new pose sporting the Angels' red jersey.
In Shops: Aug 28, 2013
SRP: PI