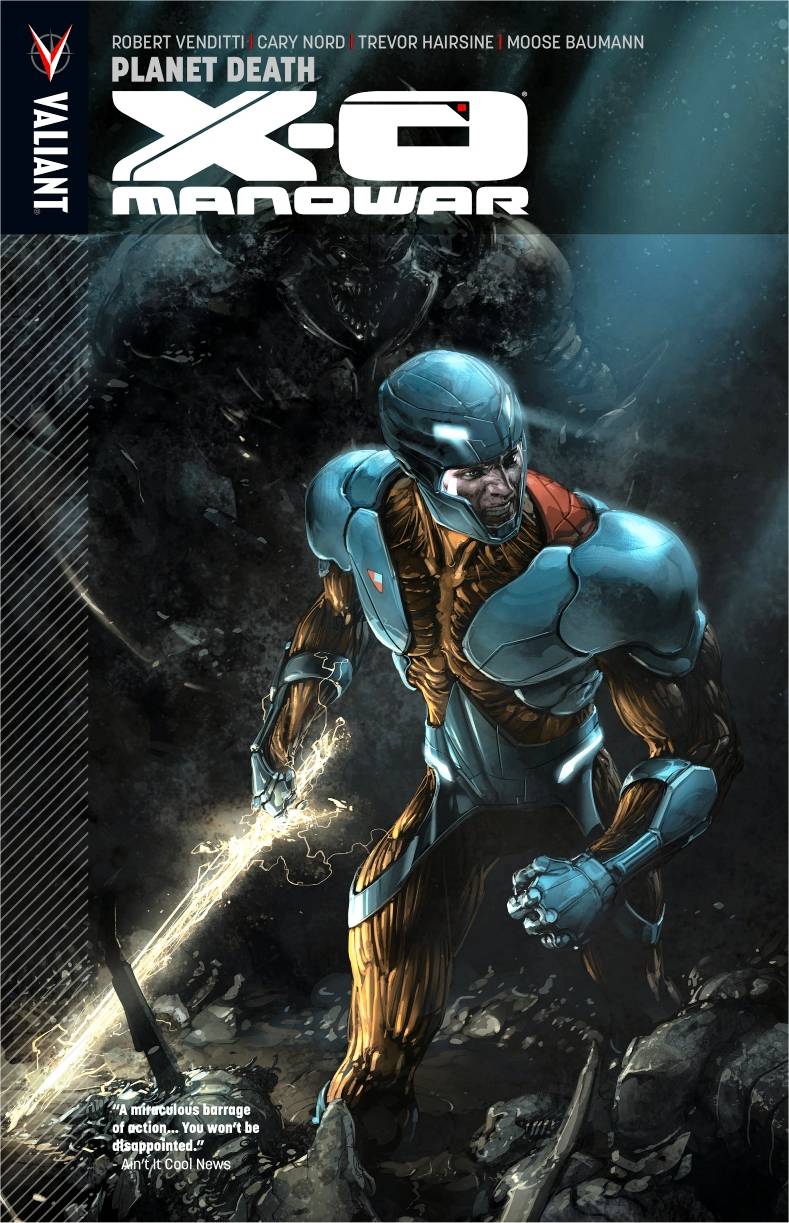 #
JUN131325
(W) Robert Venditti (A) Cary Nord, Trevor Hairsine (CA) Clayton Crain
The invasion is here - and X-O Manowar is the invader! From superstar creators Robert Venditti, Cary Nord and Trevor Hairsine, jump on board the one of the year's most ambitious series as X-O Manowar ignites an interstellar war and changes the landscape of the Valiant Universe forever!
Aric of Dacia, a fifth century Visigoth armed with the universe's most powerful weapon, is all that stands between the Earth and all-out annihilation at the hands of the alien race that abducted him from his own time. Now, the day of Aric's reckoning has finally come. As his Visigoth forefathers sacked Rome, Aric will take the battle directly to his oppressors on the Vine homeworld of Loam. He will decimate their armies, he will level their cities - and he will not stop until the whole of their empire is reduced to ash. This is PLANET DEATH!
Collecting the complete PLANET DEATH saga from X-O MANOWAR #9-14 by New York Times best-selling writer Robert Venditti (Green Lantern, The Surrogates) and superstar artists Cary Nord (Conan) and Trevor Hairsine (X-Men: Deadly Genesis), start reading here to find out why X-O Manowar's one-man revenge mission has IGN declaring, "X-O Manowar still kicks butt. Bring on Planet Death."
In Shops: Aug 21, 2013
SRP: $14.99
View All Items In This Series
ORDER WISH LIST