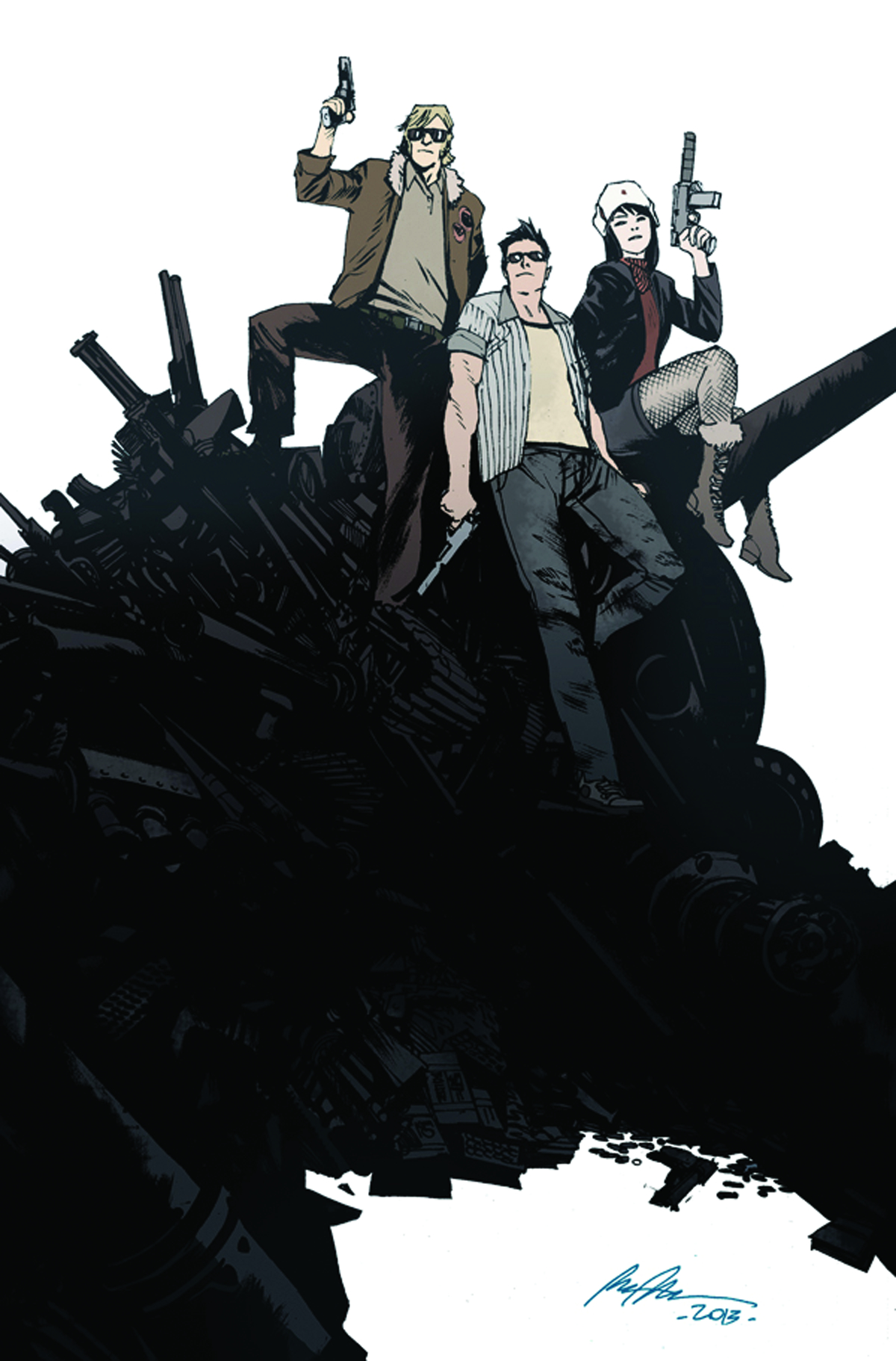 JUN130885
(W) Steven Grant (A) Emilio Laiso (CA) Rafael Albuquerque
THE SEQUEL TO 2 GUNS, NOW A MAJOR MOTION PICTURE FROM UNIVERSAL PICTURES!
Trench was a deepcover DEA agent. Steadman was an undercover Naval Intelligence officer. Now, after racing headlong across the Southwest, desperately outrunning Feds and mobsters alike while trying to clear their names, Trench and Steadman are pulled into another impossible situation: brokering gun deals between the Russians and antigovernment revolutionaries...from opposite sides. And little do they know, a Third Gun has her eyes set on the ultimate prizeand she won't go down without a fight. Creator Steven Grant (DAMNED, PUNISHER: CIRCLE OF BLOOD) returns along with original series cover artist Rafael Albuquerque (AMERICAN VAMPIRE) for more actioncomedy thrills!
In Shops: Jul 31, 2013
SRP: $3.99
View All Items In This Series