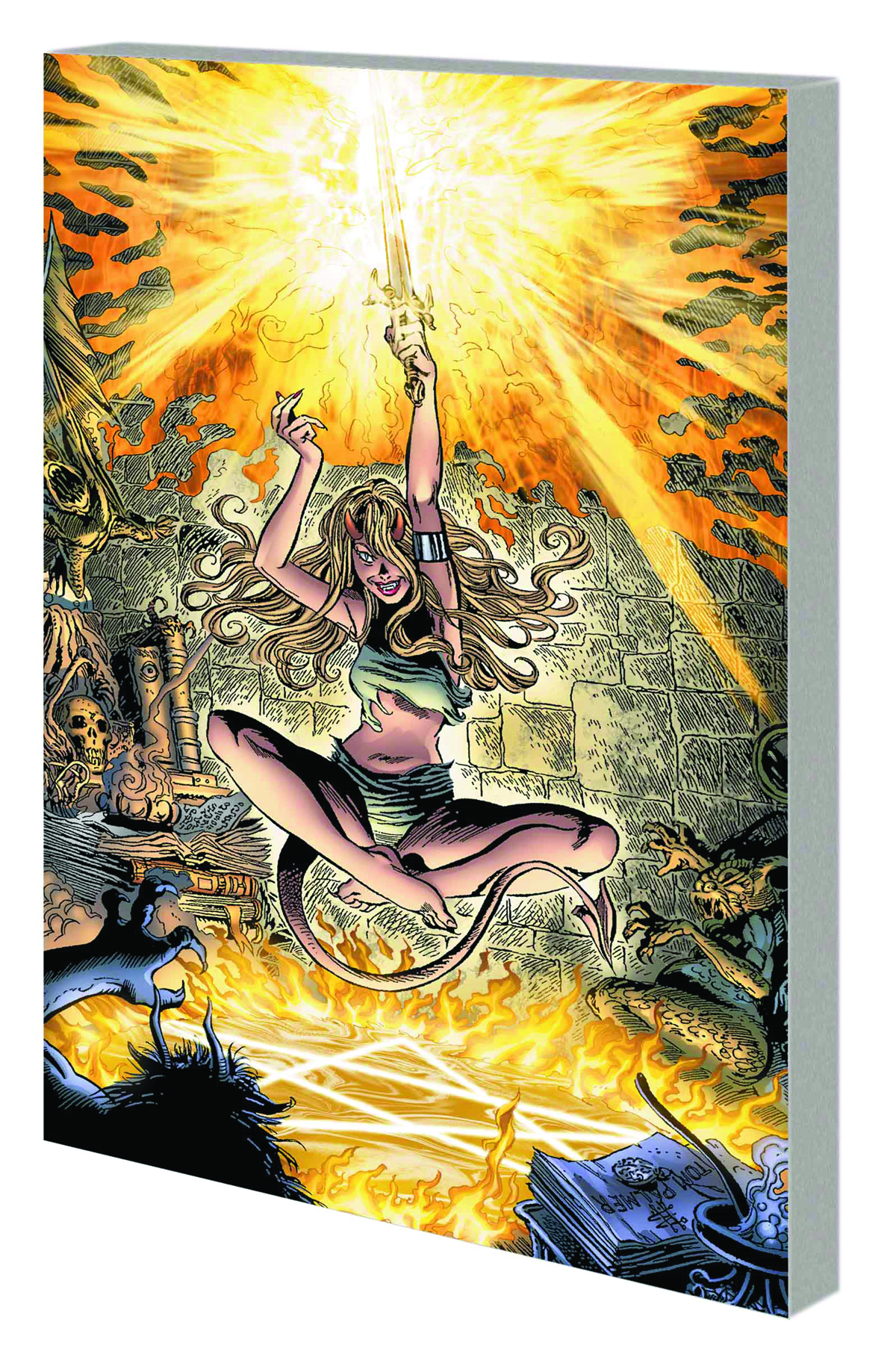 JUN130695
(W) Chris Claremont (A) Brent Eric Anderson, John Buscema, Sal Buscema, Ron Frenz (CA) Bret Blevins
Colossus' 7-year-old sister Illyana Rasputin has been snatched away by Belasco, demon lord of Limbo! Though the X-Men rescue her what seems like seconds later, those seconds represent a years-long ordeal for Illyana - one that starts with losing a piece of her soul, and goes downhill fast! The sorceress Ororo and feline warrior Cat - alternate-reality versions of X-Men Storm and Kitty Pryde - aid young Illyana against the terrors of Limbo, including Belasco's henchman S'ym and a twisted, perverse version of Nightcrawler. Trained in good and evil magic, Illyana learns to control Limbo's teleporting Stepping Discs - but as the final battle against Belasco arrives, can good triumph over evil when Illyana doesn't know which one she is anymore? Collecting UNCANNY X-MEN (1963) #160 and MAGIK (1983) #1-4.
In Shops: Aug 28, 2013
SRP: $16.99